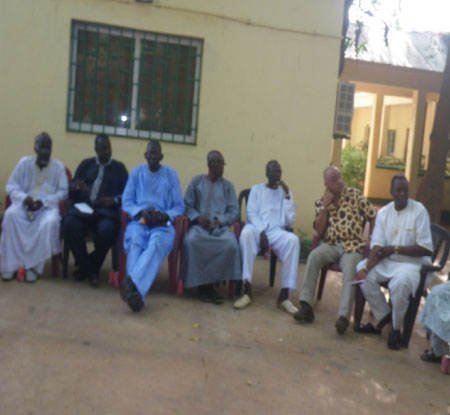 Few weeks before the holy month of Ramadan, stakeholders in the livestock sector on Friday met to discuss the need to have access to quality meat in the market since its demand is usually high at such time.

The Gambia Livestock Marketing Agency (GLMA), the butchers and the livestock dealers, converged at Abuko and discussed the best way forward in accessing quality and hygienic meat during this period and beyond.

The meeting looked at accessibility, affordability and quality of meat in the best interest of the Gambian consumers.

Speaking at the forum, the director of Food Hygiene, Omar Bun Njie, thanked various stakeholders for attending “this very meeting”.

“Coming together and discussing the issues of access and quality meat as the holy month of Ramadan is coming closer is very important,” he said.

He also stressed the need for butchers to consider their areas of selling points, which he said should be decent at all times.

It is very important for Gambians to sit and discuss about this issues, which include the price of meat and possible solution to quality meat for our family consumption, he said.

He also called on Gambians to be vigilant of the cross-boarder animals which he said should be fit for consumption for humanity.

The director general of the GLMA, Dr Demba Jallow, described the forum as very important since it is a collective responsibility of all to ensure that Gambian consumers enjoy access to quality and affordable meat at a reasonable price.

He added that this forum is just a reminder for the butchers and the livestock as usual when ever the holy moth get closer they dialogue for access to quality meat.

He lamented that during the holy month of the Ramadan most butchers increase their price of meat for the consumers which he said should not be the case.

He noted that butchers should not over price their meat to the consumers despite the fact that they bought their animal at a high cost.

He said one thingthe livestock and the butchers need to know is that there was a particular price that was determined by all parties, therefore, they should not over price their meat.

He also called on their cooperation to be in line with the government vision in getting quality and access to meat with a reasonable price.

Speaking on behalf of the livestock dealers, the president of the cattle dealers Alhagie Kebba Jobe expressed appreciation for the Gambian livestock marketing agency for calling this very important forum.

He said that this is a clear indication that the government of the Gambia under the dynamic leadership of president Jammeh has a great concern for the Gambian population.

He said the Government could have just announced the price of meat without consulting them, butdecided to call on all parties to sit and discuss the best way forward in the best interest of the entire Gambian population.

He said therefore, butchers and the livestock dealers should do everything possible in ensuring that Gambians have enough meat at a reasonable price throughout the Holy month.

He then called on all butchers to consider the holy month of Ramadan and sell their animals at reasonable prices.

The deputy permanent secretary, Ministry of Agriculture, and Hon. Sherifo Bojang hailed the GLMA for organising “this very important and timely meeting”.

Bringing all relevant stakeholders in the livestock sector to discus important issues in the best interest of the Gambian consumers is a step in the right direction, he said. 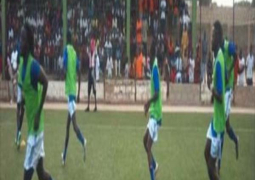