The case of one Muhammed Kondeh and Ansu Dukul is still dragging on at the Brikama Magistrates' Court nearly three years after their arrests.

Muhammed and Ansu were in April of 2005 arrested at the as they allegedly attempted to smuggle cocaine out of the country.

Ansu was alleged to have been found in possession of 4kg/460g with Muhammed being allegedly found with 4kg/480g of cocaine.

They have since denied the charges. 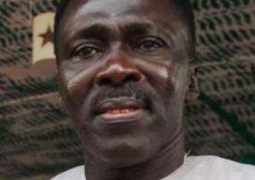