The second edition of the Stakeholders Football Tournament initiated a few years ago will take centre stage on Friday with the opening game to be played between the defending champions Security team and the national Scorpions Fans Club at the Cocktail Football field.

The ultimate objective of this year’s tournament that is divided into two groups stands to say ‘no to drugs and violence in football’.

Group A comprises the defending champions Security, Scorpions Fan Club, Administrators, Journalists and Medics while the second and last group consists of Referees, Veterans, Coaches and the Ministry of Youth and Sports.

The opening match between Security and the Scorpions club will be followed by the match between Veterans and Coaches at the Cocktail Football Field on Saturday, while Medics will face a huge task of survival when they will rub shoulders with the formidable Journalists team who have intensified preparatory effort ahead of what promises to be a mouthwatering clash at the Real De Banjul football field.

Match four of the nine-team tournament will see the Ministry of Youth and Sports come face to face with Referees when the two sides travel to Cocktail football field for Sunday’s crucial encounter.

The Journalists team, who were the champions in last year’s Fatou Mbye Memorial Football Tournament, will go into their second fixtures against Scorpions Fans Club at the Real De Banjul football field on November 10. 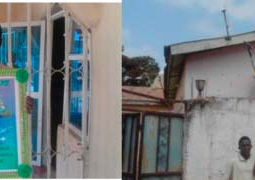