In an interview recently Mr. Secka told The Point that he loves the art of writing and ever since he was young he has been dreaming of becoming a writer. Now he thanks God that he has successfully launched four books that are widely read. The books are  "Love Impersonation and Breaking Hearts", "Education in Tears and Women in Distress", "Literacy for " and "Shock".

He is launching a further six books in two months time which are called; "Face to Face with African Tradition", "Management in Gambian Schools", "Critical Essay in Education", "Preserving Customs", "Africa Robbed it's History, Dignity and Culture Along the Paths of History" and "Concern That Matters But No System".

He is appealing to the Government, NGOs, Philanthropists and well wishers for sponsorship to launch these books.

Training of Trainers On Communication Wraps Up 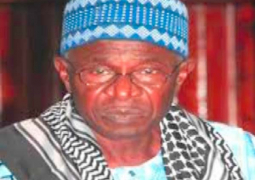