The thrilling competition that attracted a massive turn out was competed among yellow, blue, red and green houses.

Sally Jallow of blue house became the most outstanding among the girls, emerging first in all events that she partook.

In the male category, Sasu Gomez of the same house outclassed his counterparts, thus becoming the outstanding male in the competition.

Blue house emerged 1st with 378 points followed by yellow house with 304 points, green house with 213 points and red house at the bottom of the table went home with 184 points. 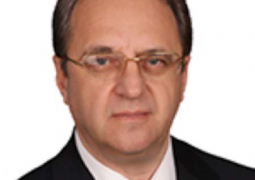