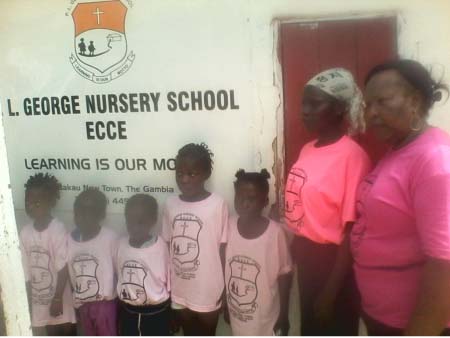 St. Paul’s Nursery School in Bakau New Town was recently renamed as P.L. George nursery. The late Madam Paulina Lauretta George-Potin was said to be the founder of the kindergarten who had worked tirelessly for the benefit of the children before her demise.

The kindergarten, which has been operating over the years, was set to have been producing brilliant kids who do leave the nursery for primary schools with good grades which secure them places to various primary schools in the Greater Banjul Area.

The event, which brought together family members, neighbours, students and parents among others, was held at the school grounds.

Speaking at the gathering, Charlotte Barney, a daughter to the late Madam Paulina Lauretta George-Potin, called on the community to work together for the well being of the children and to raise the educational standard of the kindergarten, as well as to empower the children for them to realize their dreams.

Former student of the kindergarten, Mariama Nyass, described the late Madam Paulina Lauretta George-Potin as a mother and a role model who impacted positively into their lives.

She further urged parents to maintain the legacy she left behind which would be of great benefits to their children. 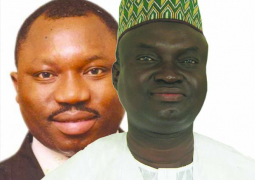