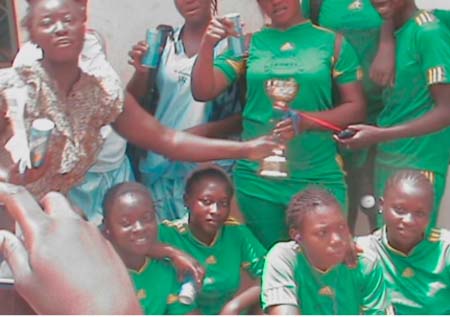 Presentation Girls Vocational School won the toss and batted and scored 45 runs in 15 overs for 7 wickets, the highest runs scored by Maimuna Sano with 7 Runs with the highest wicket taker being Jeamy Mendy with 2 wickets for 9 runs in 3 overs.

At the presentation ceremony, the President of the Gambia Cricket Association thanked the school heads and Physical Education teachers for allowing and preparing the students to participate in the tournament.

He told the players they were all winners, saying the zeal and commitment they had shown would take them a long way in playing the game.

Albion Lower Basic School won the toss and fielded; Campama batted and scored 32 runs for 10 runs in 9.3 overs. The highest runs scored was by Ebrima Camara with 6 Runs and the highest wicket taker was Modou Njie with 1 wicket for 2 runs in 2 overs.

In the second innings Albion Lower Basic School batted and scored 33 Runs in 6.2 overs for 4 wickets. Alagie Sowe Scored 12 runs the highest and the highest wickets taker was Abdoulie Kanteh with 2 wickets for 5 runs in 1 over.

Malamin Fofana, treasurer of the association, speaking at the presentation, thanked the schools and the students for participating in the tournament.

He urged other schools to train hard so they could participate and become winners for their schools in the next tournament.

Winners and runners-up went with a trophy and certificate for each, while the participating schools went home with a certificate each.