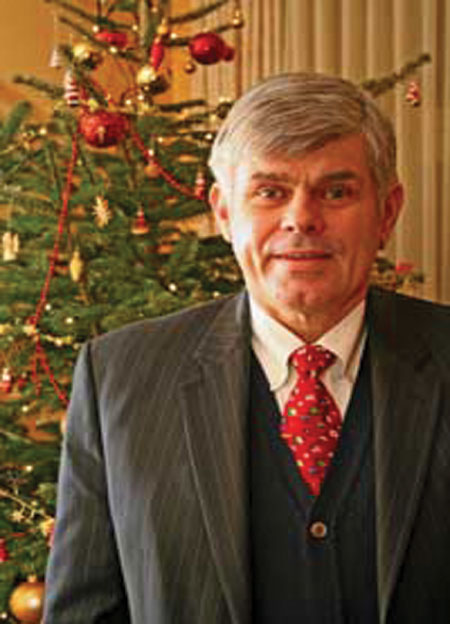 The new United States Ambassador to The Gambia, Edward M. “Ned” Alford, has arrived in the country a short while ago, this paper has gathered.

Alford, who is yet to present his letters of credence, replaced Madam Pamela Ann White who ended her tour of duty in the country in June this year.

Ambassador Alford, a career member of the Senior Foreign Service with the rank of Minister Counselor, was born in . He earned a B.A. in Politics and German at in , and served in the U.S. Army for three years.

Alford also served as a general services officer at the embassies in , , and .

Mr. Alford also served as Management Minister Counselor in , , , and .

In Washington, Alford’s State Department assignments included Post Management Officer for East Africa; Senior Advisor to the Under Secretary for Management; and Executive Director of the Bureaus of South Central Asia and Near East Asia Affairs.

He was Executive Assistant to the Under Secretary of State for Management until July 2009 when he was named Consul General at the U.S. Consulate in .

Mr. Alford speaks German, Russian and Arabic.  He is married with three children.