The school was presented with a trophy and a cash prize of four thousand dalasi at a ceremony held at Sifoe Senior School multipurpose centre in Kombo south, West Coast Region.

Speaking on the occasion, Lang Dibba, Kairasu Federation manager, in presenting the giant trophy to the winning school, said the objective of the competition is to build confidence in students to be able to realize their potentials in the core subjects taught in the Gambian educational system.

According to him, the organization, which is operating in Kombo South, West Coast Region, is affiliated with Child Fund International.

He said they are currently running series of projects in the fields of health, nutrition, water and sanitation, education, child sponsorship programmes and areas.

Dibba added that his organization has begun a pilot project called child social and financial education in three schools, namely Nyofelle, Jambur and Gunjur, which is to encourage students to develop the culture of saving.

Mr Dibba also mentioned some of the activities carried out together with their partners which included inter-governmental dialogue that gives room for school teachers, parents, students, relevant stakeholders to embark on community to community meetings to discuss some of the issues affecting children performance at school

Olajide Johnson, head of science department at Sifoe Senior Secondary School, hailed Kairasuu Federation for the initiative and the great interest they have in developing children.

Botto Bojang, the Kairasu Federation board chairperson, said that this year the competition is in three subjects, namely English language, mathematics and science, for the seven participating schools.

To ensure fair play and transparency, each school submitted thirty questions, drawn from the three selected subjects, to the taskforce shortly before the competition.

This has borne fruits, he said, adding that there is a special taskforce on the ground that measured and monitored the children’s performance at their various schools under the project.

Omar B. Jammeh, Child Youth Officer at Kairasuu, commended all those who in one way or the other contributed to the success of the competition, especially the judges, who have carried out their tasks effectively without fear or favour.

Mr Jammeh urged the schools that lost during the competition to double up next time to be able to win the giant trophy. 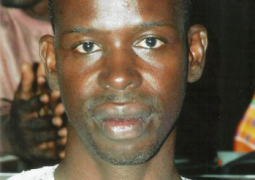