In today's edition, we bring you the profile of a man who in today's is ranged as an accomplished and highly trained Forester by all standards.

He is Abdoulie Alpha Sanneh, Forester Officer for Western Region.

Principal Forestry Officer Abdoulie Alpha Sanneh of the Department of Forestry is no doubt a symbol of success in Forestry.

In November 1979 he was employed at the Department of Forestry as a Forest Guard Trainee attached to Inspectorates Unit in Upper River Division, now Upper River Region until in August 1980.

Because of hard work, commitment and love for the job and ones country, he had served in various positions within the Department of Forestry. He began his journey into the business of Forestry from scratch climbing through the ladder rising up through dint of diligence, determination and discipline to the admirable position Principal Forestry Officer.

In April 1981 we went to Man O' in and flew out with a certificate in Citizenship and Leadership.

In April 1982 he continued at the School of Forestry, Forestry Research Institute of and obtained an ordinary Diploma in General Forestry.

From April 1982 to December 1984 he was Assistant Divisional Forest Officer in charge of Natural Forest Management, Protecting, Afforestation and Administration of all Forestry matters in Upper River Region. From January 1985 to September 1987 he was Plantation Officer in charge of Fintomanereg and Salagi forest plantations.

In July 1989 he went back to for Higher National Diploma (HND) in General Forestry at the Federal College of Forestry.

From August 1989 to September 1990 he held the position of Forestry Superintendent supervising Plantations. From September 1990 to May 1994 he was Divisional Forestry Officer in charge of Natural Forest Management, Protection, Afforestation and Administration of all Forestry matters in Central River Division.

He continued his educational and professional chase at the and obtained a certificate on Values Education and Leadership in 1996 and thereafter a BSc Degree in Forestry in 1998.

Upon returning he was made the Divisional Forestry Officer in Charge of Natural Management, Protection, Afforestation (Upper River Division Forestry Project) which was a highly success story, including Saw-milling and Administration of all Forestry matters in Upper River Division.

In 2007 Mr Sanneh continued his educational and professional chase at Dr. Yashwant Singh Parmar University of Horticulture and Forestry, in and flew out with MSc Degree in Agro forestry.

Mr Sanneh is also no doubt an asset not only to this small but tiny West African country but also the African continent and the rest of the world is of course no exception. A household name at the Department of Forestry, of course his name will remain in the history books of this country as a man whose immense contribution to nation building has and continues to earn him critical acclaim both in the country and beyond.

His love and attitude towards his work gives surge and confidence and spurs growth and greatness in the lives of the willing.

This underlined his praise and honour as a loyal and hardworking man worthy of example. 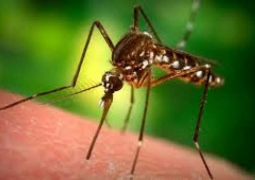 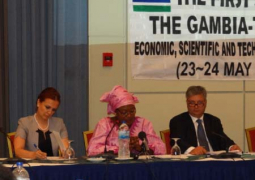