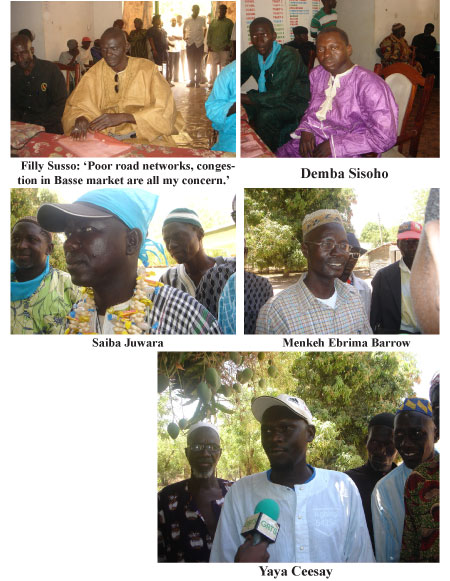 At least five independent candidates are vying for Basse Area Councillorship in the Upper River Region of the country, and they have all expressed their resolve in bringing change at the said council.

While the ruling APRC is contesting in all the wards in the region, independent candidates have also fixed themselves in Sutukonding, Sara Ngai, Kulari, Dampha Kunda and Julangel wards.

Meanwhile, the NRP has also nominated one candidate in the Basse ward in the person of Filly Susso. He is challenging the APRC’s Omar Sompo Ceesay.

The first to file his nomination form at the IEC regional office in Basse-Mansajang on Saturday was Demba Sisoho.

Sisoho is contesting for the Kulari Ward seat in the Tumana District against the incumbent Amadou Manneh of APRC.

He was escorted by his supporters and his convoy included cars, motorcycles and horses.

Sisoho, a young Sarahule man flanked by his wife, told waiting reporters at the IEC office that he is certain of winning.

Political observers say the recent election of Hon. Muhammed Magassy of Sabi as National Assembly member for Basse serves as a big boost and inspiration to the country’s Sarahuleh community who they say have previously shown limited interest in party politics.

Next to file in his nomination papers was the former NADD councillor of Sutukonding Ward in Wuli West District, Saiba Juwara.

Mr Juwara is this time around contesting as an independent candidate. He said that he was 100 percent certain of victory as he is loved by the people of the ward.

Juwara said that if re-elected he would ensure that the 60% of the taxes and rates collected by the council is ploughed back to the people.

He said that during his first term as a councillor he learned a lot and is determined to fight for the well-being of his people more than ever before at all cost. “Tax payers’ money must go back to the people,” he said.

Next to appear before IEC officials was Ebrima Menkeh Barrow of Jah Kunda. Mr Barrow is contesting for the Sare Ngai Ward seat in Wuli West.

He said that the people in the area have realized that APRC candidates cannot bring about any meaningful development to them, thus they decided to choose him.

Barrow is challenging the APRC’s politically little known Saiba Janka of Sara Ngai village, who was chosen by the party’s local committee at the expense of the incumbent Alkally Kebbeh of Barrow Kunda who served only two years at the council.

Meanwhile, Mr Kebbeh’s dropping by the local committee did not go down well with many people in the ward, who told this paper that they will massively vote for independent candidate, come April 4th 2013.

“We will do this just to teach the APRC local committee a lesson, so that next time they would do their selection fairly and put aside their individual interest,” a prominent supporter told this paper in Basse.

Still on the nomination of independent candidates, at around 12:44pm on Saturday, Yaya Ceesay of Dampha Kunda Ward also filed in his nomination papers.

Meanwhile, earlier in the week, one Alhagie Sidibeh was also nominated to contest for the Julangel ward seat in the Jimara District.

Abdoulie Jeng, the returning officer for the Basse Administrative Area in the April 4th 2013 Local Government Elections, at the close of nominations on Saturday, advised all candidates and their supporters to ensure a peaceful election.

“As stakeholders in the electoral process, we must all adhere to the election code of conduct,” he said.

He assured the independent candidates of IEC’s resolve in creating a level playing field for all contestants. 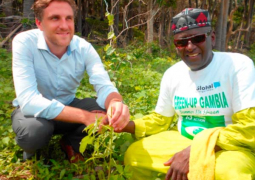