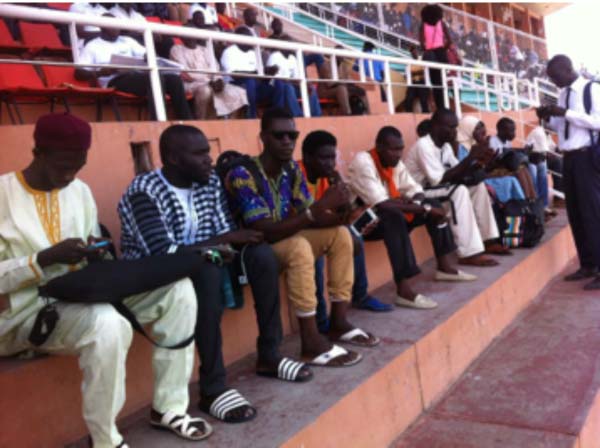 Sports journalists in The Gambia have slammed Super Nawettan committee for not providing them with seats during the 2016 FiBank-sponsored Super Nawettan final game between Banjul and Gunjur at the Independence Stadium in Bakau on Friday.

The journalists were not provided with seats during the country’s community biggest fray final between City boys and South boys played at the weekend.

The journalists expressed their anger to the Super Nawettan Organising Committee for not providing their original place with seats to cover the game, adding that their action towards the sports journalists during final matches was unprecedented.

The journalists challenged the Super Nawettan Organising Committee to respect them, saying they are important in the development of sport, particularly football, in the country.

Sports journalists were moved from the media tribute during The Gambia’s 2017 African Cup of Nations qualifiers at home to Cameroon in September 2015, at the Independence Stadium in Bakau.

Journalists played crucial role in the development of sport, they pointed out, saying they deserve respect from the Super Nawettan Organising Committee and Gambia Football Federation for them to execute their work effectively.