A one-day sports conference for girls on the theme "increase prominence in women sports," organised by the National Olympic Committee (GNOC) yesterday ended at the GNOC Resource Centre.

Speaking at the welcoming ceremony, Lawrence H. Bruce, the Executive Director of the Gambia National Olympic Committee said girls have had cultural barriers in sports and should not be left alone in this country as far as sports is concerned.

Speaking at the launch ceremony, Mary Samba- Christensen, the Vice-President of Women in Sports Commission of the Gambia National Olympic Committee said the "women in sports festival" is an annual event and a means by which we nurture national appreciation for women's right to sports and development.

Mrs. Samba Christensen also said that the IOC has for many years actively undertaken initiatives to allow for broader participation of women in sports and in its sporting structures.

She further went out to say that IOC as the leader of the Olympic movement, whose objective is to promote Olympism and develop sports worldwide, will  continue to play a complementary role in setting a positive trend to enhance women's participation in sports.

She further stated that the women commission of the (GNOC) recognises its leadership role and the need to take on board the whole sporting community, and government and all other partners who also share this ideal.

Mrs. Samba-Christensen further noted that the point is not about placing women in executive chairs or inviting the same number of female competitors as men. It is also about addressing cultural and business bigotry, about addressing outdated beliefs that women are inferior, about righting the wrongs about prize money and access to facilities, training opportunities and funding. 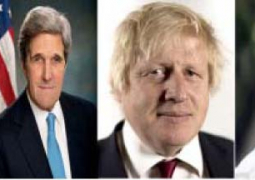 Why the unruly behaviour?