The Arrival of Ramadan

This event is confirmed by sighting the new moon, even if it is seen by only one just person, or by the passage of thirty days in the immediately preceding month of Sha’ban.

Ibn ‘Umar said: “The people were looking for the new moon and when I reported to the Messenger of Allah that I had seen it, he fasted and ordered the people to fast.” This is related by Abu Dawud, al-Hakim, and Ibn Hibban, who declared it to be sahih.

Commenting on these reports, at-Tirmizhi states: “Most knowledgeable people act in accordance with these reports. They say that it is correct to accept the evidence of one person to determine the beginning of the fast. This is the opinion of Ibn al-Mubarak, ash-Shaf’i, and Ahmad. An-Nawawi says that it is the soundest opinion. Concerning the new moon of Shawwal [which signifies the end of the fast], it is confimmed by completing thirty days of Ramadan, and most jurists state that the new moon must have been reported by at least two just witnesses. However, Abu Thaur does not distinguish between the new moon of Shawwal and the new moon of Ramadan. In both cases, he accepts the evidence of only one just witness.”

Ibn-Rushd comments that: “The opionion of Abu Bakr ibn al-Munzhir, which is also that of Abu Thaur and, I suspect, that of the Zhahiri school of thought, is supported by the following argument given by Abu Bakr al-Munzhiri: there is complete agreement that breaking the fast is obligatory, that abstaining from eating is based on one person’s report, and that the situation must be like that for the beginning of the month and for the ending of the month, as both of them are simply the signs that differentiate the time of fasting from the time of not fasting.”

About the hadith, at-Timmizhi says: “It is hassan sahih ghareeb. Scholars act in accordance with this hadith. Every land has its sighting.” In Fath al-’Alam Sharh Bulugh al-Maram, it is stated: The [opinion] closest [to the truth] is that each land follows its sighting, as well as the areas that are connected to it.”

The scholars of fiqh agree that if only one person sees the new moon, he is to fast. ‘Ata differs and says that he is not to fast until someone else also sights the new moon with him. The correct position is that he is to break the fast, as ash-Shaf’i and Abu Thaur have ruled. The Prophet has based the fast and its breaking on the sighting of the moon. One’s own sight is enough for him and there is no need for another person’s sighting. 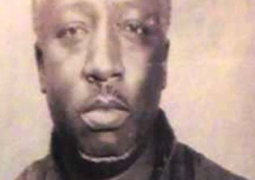 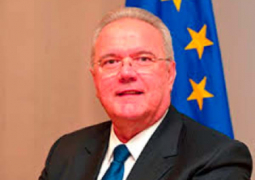