In 2018, ITC and the Ministry of Trade, launched the three-year She Trades project in The Gambia, aimed at enabling Gambian women to benefit from economic opportunities. It seeks to connect over 3 million entrepreneurs and women-owned businesses to international markets.

Abdoulie Tambedou, GPPA director general said the two-day policy dialogue is aimed at developing a framework to support the increased participation of women-owned businesses in public procurement in The Gambia.

“As the autonomous agency of Government, responsible for the regulation and monitoring of public procurement in The Gambia, we are ready to work with stakeholders from relevant bodies including ministries to share experiences lessons learnt and insights for improvement,” he said.

Mr Tambedou said that the recent World  Bank report indicates that SMEs and women-led SMEs are playing critical roles in economic growth and development and that, winning government contracts have positive effects on firm-level dynamics.

Lamin Dampha, permanent secretary at the Ministry of Trade said the participation of women in any economy and trade would boost economic growth and more inclusiveness.

Mr. Dampha however, emphasized that there is need to translate this understanding into action by ensuring that both the government and the private sector do more for greater women inclusion in the economy.

“One of the reasons why women-owned businesses have a very low rate of winning public procurement contracts is the lack of access to finance compared to their male-owned competitors,” he explained.

Dampha observed that there is need to identify women specific difficulties in accessing public procurement and come up with policy measures to address and facilitate the inclusion of women businesses as suppliers to government and government agencies.

Judith Fessehaie, policy lead at International Center for She Trades Initiative said 2020 is a very important year for gender equality and women economic empowerment, as it marks 25 years since the adoption of the Beijing declaration and platform for auction.

She added that it is also the second year since the adoption of the WTO declaration on trade and women economic empowerment. Trade Ministers from all over the world, 127 countries will fly to Kazakhstan for the trade and gender equality agenda. 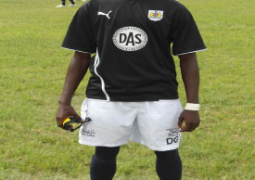 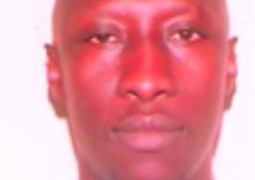