Banyaka beat Tujereng 4-2 on penalties in the semi-final after a goalless score in the regulation time to seal a place in the final but Tujereng appealed against Banyaka for using players ineligible to play in the Kombo South district tournament.

According to the chairman of Kombo South District Sports Committee, Buba Bada Bojang, Tujereng launched an appealed against Banyaka for using players not eligible to be featured in their semi-final tie against Banyaka, adding that the Kombo South District Sports committee therefore launched an investigation into the matter and realised that one of Banyaka’s players is a native of Brufut, another is a native of Madiana in Kombo North.

Bojang added that according to the constitution of Kombo South District Sports Committee, only citizens of Kombo South are eligible to participate in the tournament or someone who up to the time of the match has resided in Kombo South for at least six months.

Bojang revealed that the players are not eligible to participate in the tournament because they are natives of Brufut and Madiana in Kombo North and not qualify to play in the Kombo South tournament; that is why they decided to give the semi-final victory to Tujereng.

Tujereng will now clash with defending champions Sifoe in the final set for Saturday 9 February 2013, at the Jambanjelly Football Field. 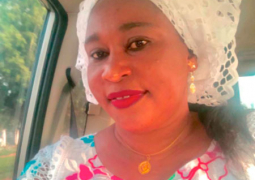