Which means, “Verily, the first House (of worship) appointed for mankind was Bakkah (Mecca), full of blessing, and a guidance for Al Alamin (the mankind and jinns.

In it are manifest signs (for example), the Maqam 9 place 0 of Ibrahim (Abraham); whosoever enters it’ he attains security. And Hajj (pilgrimage to Mecca 0 to the House (Ka bah) is a duty that mankind owes to Allah, those who can afford the expenses (for one’s conveyance, provision and residence); and whosoever disbelieves (i.e. denies Hajj (pilgrimage to Mecca), then he is a disbeliever of Allah, then Allah stands not in need of any of the ‘Alamin (mankind and jinns).” (Al Imran, 3: 96 97)

The majority of the scholars hold that Hajj was prescribed in the sixth year after Hijrah for it was then that the following verse concerning it was revealed. “And perform properly (i.e. all the ceremonies according to the ways of Prophet Muhammad), the Hajj and Umrah (i.e. the pilgrimage to Mecca) for Allah.” (Al Baqarah, 2:196). The conclusion is based on the understanding that the “completion” in the above verse in facts refers to the time when it was first made obligatory. This view is also supported by ‘Alqamah, Masuq, and Ibrahim An Nakh’y, who substitute “And establish” for “And completion” in the above verse, as reported by At Tabarany on sound authority. Ibnul Qayyim however, is inclined to the view that Hajj was made obligatory in the ninth or the tenth year of Hijrah.

The Divine Law Giver exhorted Muslims to perform Hajj. In this regard we may refer to the following:

Hajj One Of the Best Deeds

Abu Hurairah reported that the Prophet (peace be upon him) was once asked: “What is the best deed?” He replied: “To have faith in Allah and His Messenger.” The enquirer asked: “What next?” The Prophet (Peace be upon him) said: “To strive in the cause of Allah.” “What is the next best thing?” He replied: “Hajj Mabrur (a faultless Hajj that is free of sin and is graced with Divine acceptance and pleasure).” Al Hassan said: “It means that a person after performance of Hajj should desire and be inclined to the life of the Hereafter rather than the material pleasures of this world.”  Another report transmitted on sound authority from the Prophet (peace be upon him) says that a righteous performance of Hajj is crowned by feeding the needy and speaking kind words to men.

HAJJ: A FORM OF JIHAD

Al Hasan bin Aly saus that a man come to the Prophet (peace be upon him) and said: ''I am a coward and a weak person. Is there anything i can do?"

Abu Harairah narrates that the prophet (peace beupon him) said: “Hajj is the jihad for the old, the weak and the women.”2

A Ishah reports that she once said: “O Prophet of Allah! Jihad (striving or fighting in the cause of Allah) is the best deed. Should we (women) then, not actively participate in it?” The Prophet (peace be upon him) replied; “The best jihad for you is Hajj Mabrur.”3

Hajj Wipes Off Past Sins

Abu Hurairah reported that the Prophet (peace be upon him) said: “He who performs Hajj Allah’s pleasure and avoids all lewdness and sins will return after Hajj free from all sins as was the day his mother gave birth to him .”5

Abu Hurairah reported that the Prophet (peace be upon him) said: “Pilgrims and those performing Umrah are Allah’s guests; their prayers are answered and their supplications for forgiveness are granted. This is reported by Nasa y, Ibn Majah, Ibn Khuzaimah and Ibn Habban in their collections of Sahih hadith. In the last two we read: “And Allah’s guests are three: A pilgrim performing Hajj, one performing `Umrah, and a person who fights in the cause of Allah.”

The Reward of Hajj is Paradise

Abu Hurairah says the Prophet (peace be upon him) said: “All sins committed in between the performance of one ‘Umrah, and another are expiated and erased, and the reward of Hajj Mabrur is nothing save Paradise.”8

In another sound hadith Ibn Joraij relates from Jabir that the Prophet (PBUH) said: “This House of Allah (the Ka’bah) is the pillar if Islam, so whosoever heads to it with the intention of performing Hajj or Umrah is under Allah’s security. If he should die (during his trip) he is granted Paradise, and if he returns home safely, he returns with returns with reward and gain.”

The Excellence of Spending in Hajj

Buraidah reports the Prophet (peace be upon him) as saying: “Spending during Hajj is akin to spending in the cause of Allah, and every dirham thus spent will be rewarded seven hundred times over” 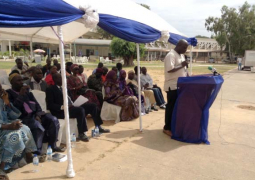