Zakat ul-fitr was made obligatory in the month of Sha’ban in the second year of the hijrah. Its purpose is to purify one who fasts from any indecent act or speech and to help the poor and needy. This view is based upon the hadith reported by Abu Dawud, Ibn Majah, and ad-Daraqutni from Ibn ‘Abbas. The Messenger of Allah, upon whom be peace, enjoined zakat ul-fitr on the one who fasts to shield one’s self from any indecent act or speech and for the purpose of providing food for the needy. It is accepted as zakah for the person who pays it before the ‘id salah, and it is sadaqah for the one who pays it after the salah.

The required amount of zakat ul-fitr is one sa’ of wheat, barley, raisins, dry cottage cheese (aqit), rice, corn, or similar items considered as basic foods (qut). Abu Hanifah made it permissible to set aside, as a zakat ul-fitr, an equivalent value and also said that if the payer pays in wheat, one-half of a sa’ would be sufficient. Abu Sa’id al-Khudri  reported: “We used to give on behalf of every child, old person, freeman, and slave during the lifetime of the Messenger of Allah, upon whom be peace, one sa’ of food, or one sa’ of dried cottage cheese, or one sa’ of barley, or one sa’ of dates, or one sa’ of raisins as zakat ul-fitr. We continued to do so until Mu’awiyyah came to us to perform pilgrimage (hajj) or a minor pilgrimage ( ‘umrah). He then addressed the people from the pulpit and said to them: ‘I see that two mudds of wheat of Syria equals one sa’ of dates.’ The people accepted that.” However, Abu Sa’id contended: “I would continue to give as I used to give, namely, one sa’ as long as I live.” This is related by most hadith narrators. At-Tirmizhi remarks: “Some of the scholars gave one sa’ from every charitable item [which is accepted as a sound practice].” Ash-Shaf’I and Ishaq sustain this view but some other scholars gave one sa’ from every charitable item except wheat, of which only half a sa’ would be sufficient. This is the saying of Sufyan, Ibn al-Mubarak, and the scholars of Kufah.

If a Muslim has not given zakat al-fitr during Ramadan, he or she can give this on Eid-al-Fitr. Zakat al-fitr is a form of charity consisting of a quantity of food, such as barley, dates, raisins or wheat flour, or its monetary equivalent given to the poor. 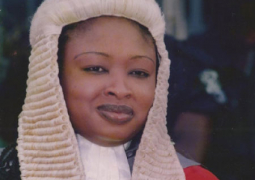