Speaker of the National Assembly of The Gambia, Hon. Fatoumatta Jahumpa-Ceesay, has expressed that it is time to develop and strengthen the feminist perspective in politics, a prospective that says no to money politics and manipulation by power brokers.

She maintained that good governance has been identified as a priority thrust of United Nations Development Program.

This, she added, requires participatory democracy, which cannot be achieved without gender equality in politics.

She gave as one's opinion that the position of women is linked with the fate of the entire human family.

Honourable Jahumpa-Ceesay was speaking at a pre-launching meeting of the ECOWAS Female Parliamentarians (ECOFEPA) at the Paradise Suites Hotel in Kololi on Wednesday.

The ECOWAS Female Parliamentarians (ECOFEPA), which comprises female parliamentarians across the ECOWAS sub-region are holding a pre-launching meeting in The Gambia from the 10th .

She said that she believed the platform for the gathering would be a call for firm, resolute and specific action on behalf of women of ECOWAS.

"The last decade has been ten years of discussions and recommendations; our rights as women are now freely acknowledged. Let us now dedicate ourselves to the future task of transforming the rights into realities," she added.

"My expectation of this pre-launching, is to move the consensus from paper to practice. We realise very well what must be done. We have the necessary skills and technical resources at our disposal.

We must advocate for equality, not in a confrontational sense, but in the belief that partnership is the best path to progress," she emphasised.

For Hon Jahumpa-Ceesay, ensuring progress for women must be rooted in solidarity between man and woman, as well as those who enjoy a comfortable standard of living with ample access to basic needs.

She noted that promoting women's rights to exercise their talents without undermining their roles within the family would require calling not only husbands and fathers to their family responsibilities, but also governments to guarantee those rights.

She proclaimed that justice for women in the workplace requires the removal of all forms of exploitation of women and young girls as cheap labour, all too often at the service of the lifestyle of the wealthy.

She stated further that it requires equal compensation and equal opportunities for advancement. In conclusion, she exhorted the meeting with these compelling remarks: "Today more than ever, our task is to move from aspiration to action.

We must see that what we have affirmed at the universal level becomes a reality in the everyday lives of women." 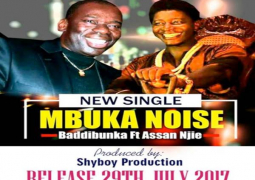