There is an absolute need for the government of Spain to consider re-opening its consular services here in The Gambia.

Considering the substantial number of law-abiding Gambians residing in Spain, and the high demand for Spanish consular services among Gambians, we are compelled to call on the authorities in Madrid to do something about the issue, so as to address this need in Banjul.

This is unlike the situation some months ago when consular service was available in the country (that is, legalising documents, excluding visa application).

Indeed, that alone was good enough for the many Gambians who need such services, compared to travelling to Dakar to obtain them.

In Dakar, some Gambians have to spend a whole night sleeping on pavements along the street just to make sure they are present at the visa office early in the morning to get their paper work done in the few hours the consular section is opened to the public.

This is because some Gambians cannot afford to stay in a hotel for one or two days, especially those who do not have relatives to stay with in Dakar.

Considering the travelling costs and other expenses of staying in Dakar, a city known to be very expensive to survive, and the time it takes them to have the services rendered, it is definitely high time that this matter be looked into by both the authorities in Spain and The Gambia.

We are therefore appealing to the Ministry of Foreign Affairs and International Relations, and Gambians Abroad to use the diplomatic channels and engage their Spanish counterparts to resolve the matter or what went wrong.

Looking at the cordial ties that exist between the Kingdom of Spain and The Gambia, we strongly believe that such an issue could be quickly resolved. 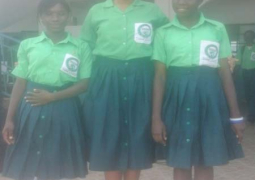