Soumou Doo Khatty, a Sarahuley Society formed to empower Sarahuley youths in the country, yesterday  held a press conference ahead of their upcoming football tournament and cultural week.

In an interview with reporters at the Imam Malick Islamic Institution in Kanifing, the secretary general of the association, Muhammed Papa Njie, said the press conference was organised to discuss their upcoming football tournament and cultural week, noting that the week will be the first of its kind in the country, where Sarahuleys will exhibit their culture and tradition.

According to Njie, the society will also organize quiz competition for Arabic and English students geared towards fostering unity and understanding among Sarahuleys in the country.

He further stated that there will be handsome prizes for the best player and the leading goal scorer, and other important awards. 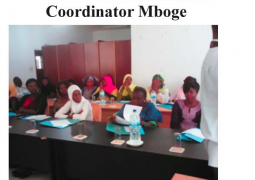