Ali Jallow alias Foday, the son of a victim of former president Yahya Jammeh’s witch-hunt exercise in 2009 yesterday narrated how his father was abducted and given concoction and also his encounter with Tambajiro.

Jallow made the revelation at the TRRC’s regional hearings at Sibanor, in Foni.

The witness, who was born in Sintet village in 1967, recalled that it was on Monday 9 March 2009 that Fula witch hunters came to Sintet and the village was stormed by armed soldiers.

“They came to my junction and met me under a mango tree. Before one of them captured the imam’s wife and took her away. The man who came to my compound was holding cow tail. My father, grandmother who was sick and my brother’s wife were also captured. Almost half of the village was arrested and taken away.”

Jallow opined that those witch-hunters were from Guinea with their magical dresses and appearances as evidence. He added that he recognised Solo Bojang among the people who came o their village.

“About 50 people of Sintet Fula Kunda were abducted and taken to the hospital. They as well slaughtered a goat as sacrifice.”

Jollow continued that the abductees were taken to Kanilai; adding that his father Alhagie Sutay Jallow and others were given concoction to drink, which made his father faint and become unconscious.

He said in 2009, he paid D5000 to a Fula man and got his father out of detention from Kanilai. “When I brought him home, everyone was crying because he did not move till the following morning. In the morning, he used to get up and run and he went to the extent of slapping me, but I knew he was not with his senses.”

He said his father died on April 2017, after drinking the concoction and became sick frequently. Prior to the 2009 witch hunt, Mr. Jallow stated that in 2008, Tambajiro, another witch hunter came to his kitchen and removed a juju describing it as a bad juju.

He added that Tambajiro did not beat, capture or torture anyone, saying they only came and checked to see whether there were jujus in the houses.

“I recognised Solo Bojang, Toffe and Sulayman Manga. They had guns and Sulayman fired in the air during their visit to my kitchen.”

In similar but different incident, he narrated that he heard people announcing that everybody should gather at Sintet Health Centre because they were to receive visitors. He added that amongst those visitors were soldiers and Tambajiro.

“Upon their arrival, Tambajiro was chanting under a mahogany tree. He blew some smoke for us to inhale,” he said, adding that he managed to escape and went home.”

On his concluding remarks, he applauded the work of the TRRC for revealing the truth. 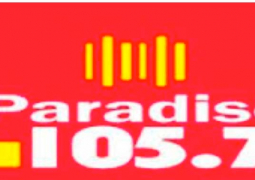