There has been a slight change of hands in at least two positions at the Ministry of Youth and Sports in Banjul, with Ndey Marie Njie now appointed deputy permanent secretary for Youth affairs, while the former holder of that position, Musa Mbye, is now director of Youth and Sports. He will be assisted by Pa Faye Suwareh.

Until her new appointment, Ndey Marie had worked in similar capacities at Foreign Affairs, and Finance among other places. She came with a wealth of experience having once served as Principal Assistant Secretary at the Ministry of Youth and Sports.

Meanwhile, Ms Oulaye Camara has recently been appointed acting Permanent Secretary at the same ministry, a position which had been vacant since the exit of Mambanyick Njie in June 2012. 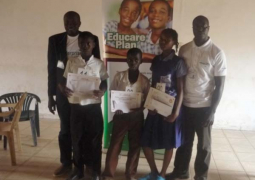