Sky Power FC opened the score line through striker Pierre Mallow in the 9th minute of the game from a spectacular finishing.

Real Chelsea FC continued their supremacy over their opponents Sky Power FC and launched a series of assaults but again failed to capitalise on their scoring opportunities. Sky Power substitute striker Sanjani Sarr sealed 2-0 win in the 73rd minute.

In the dying minute of the game Real Chelsea FC were reduced to ten men when midfielder Lamin Cham was sent off for unsporting behaviour.

According to officials, the league championship is sponsored by Global Properties and the winner of the championship will go home with a trophy and a cash prize of D30, 000.00, while the runners-up will receive D20, 000.00. 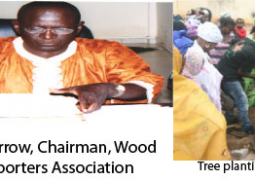 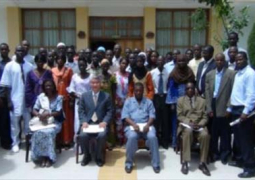