The Banjul Magistrates’ Court presided over by Principal Magistrate Halary Abeke, yesterday availed the prosecution the last chance to produce their witness in the trial involving former permanent secretary at the Ministry of Youths and Sport, Mambanyick Njie.

Mambanyick Njie was being tried for allegedly giving false information to a public officer.

At yesterday’s hearing, the police prosecutor, Saja Sanyang asked the court to grant him one more adjournment as his witness was out of jurisdiction.

Senior defence counsel, A.B Gaye, in response, insisted that the case had been dragging in the instance of the prosecution for so long and the accused person needed to know his fate within a reasonable time.

Defence counsel, A.B Gaye, told the court that the defence was not opposing the adjournment of the case, but the prosecution had to tell the court which day the witness should be in court, adding that they could not just be coming to court every time and the case would not proceed.

He said in the public interest, there should be an end to litigation, being civil or criminal, adding that in the interest of justice, the prosecution needed to produce the witness or the court expunge his evidence and the court move ahead.

Delivering his ruling, the trial magistrate said the court would give one more chance for the prosecution to produce their witness or the court would expunge his evidence.

The particulars of offence stated that Mambanyick Njie, on 1 March 2012, in Banjul, whilst serving as Permanent Secretary Youths and Sports, wrote a petition to the Office of the President, stating that the ex-Gambia Football Association (GFA) Executives were engaged in malpractices and never gave a thorough account of the imprests given to them for international matches and, therefore, sought approval to dissolve the said GFA Executive, information he knew to be false or did not believe to be true. 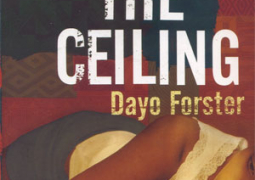