The National Patriotic Student Association (NAPSA) on 27 March 2012 held a press conference on matters relating to the welfare of students in the country at their office in region one.

The three areas highlighted were the recently concluded interschool competition, the scenarios of student fainting endlessly in schools and the upcoming WASSCE/GABECE examination.

In his statement, Jarga E. Gaye, chairperson of NAPSA, said the recently concluded interschool competition is a good one unlike the previous ones. He therefore commended all the participating schools as well as the winning schools for a job well done, saying that though they encountered minor problems they were able to tackle it and the interschool was a success.

He further stated that they at NAPSA condemn spiritual acts that were involved in the competition, which affects the students since they want event to showcase the talents and physics of students.

He urged students to prepare themselves mentally and by working hard as well as reading their books.

Jarga went on to say that recently they witnessed scenarios in schools where students fainted endlessly and are therefore urging the school authorities to provide ‘remedial’ classes for lessons missed for the affected students since most of them are on their final year.

He said the dress code of the students may be the contributing factor to this problem and he therefore urges the parents to monitor their school-going kids to adopt befitting dress code.

Mr Gaye also spoke on the upcoming WASSCE/GABECE exams, saying last year they had 4899 credits in English and 1903 in mathematics and commended the students for their effort but also urged the present students who are about to sit to the same exams to do more and to desist from examination malpractices.

For his part, Muhammed K. Sanyang said they should all have a common goal; that is to have The Gambia at heart.

“Interschool is an activity that is good for students but not to showcase spiritual powers and if the case continues we as Gambians should stop it since it is damaging the future of the students,” he said.

Ousman Senghore of NAPSA said this year’s inter-school “is one with a difference”, while thanking the taskforce committee for a job well done since the presence of the students showed a high sense of discipline and that “everything was trouble-free”. 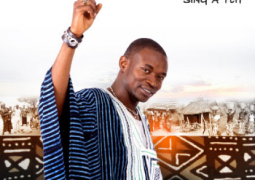