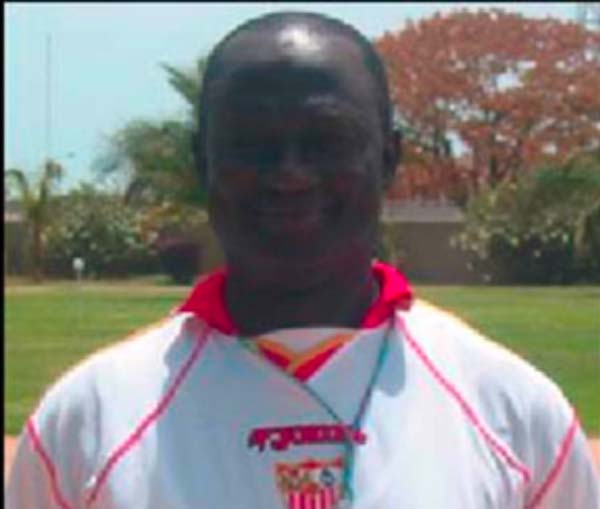 The Sports Journalists Association of The Gambia, SJAG, at its 6th annual awards ceremony and gala dinner held at the Kairaba Beach Hotel awarded Biri-Biri a certificate of appreciation and recognition for his contribution to sports development in The Gambia.

Born in Banjul on 30 March 1948, Biri-Biri made his first steps into football playing for local clubs such as Black Star and Black Diamonds, before he got his “first senior gig with Augustians FC” for which he played from 1965 to 1970.

In 1970, he got his first breakthrough when scouts from Derby County (at the time managed by a certain Brian Clough) saw him play and invited him over to England.

However, things did not work out in England due to lack of opportunities and the culture-shock that Biri experienced. He was soon back in The Gambia playing for Wallidan.

Biri signed for Danish side B 1901 in 1972, thus becoming the first African player to play professionally in the Danish league.

It was, however, the following year when Biri got the move that would change his life forever, when he signed for Sevilla CF (note this was still during Franco’s regime, hence the CF instead of the Anglicized FC, as Franco had banned all “non-patriotic” football club names).

In 2000, Biri was named Gambia’s greatest footballer of all time, a title well-deserved, according to his international team-mate Alhagie Babou Sowe.

It was said that Biri-Biri was even above Maradona because he was a great goal scorer, dribbler and could play with both feet, according to Sowe.

Other awardees included Thomas King, called the Prince of Bakau, for his visionary and pioneering leadership of Bakau football, through which he laid the golden egg that made Bakau one of the strongest football communities in The Gambia.