I love kids. I can't explain it but I just do. From their innocent face to their ever bright perspective of the future. Ideally, this time of their life should be the best ever, with no worries or disadvantages. But often times than never, it is far from the case. It is far from being perfect or enjoyable.

Recently, I commenced mentoring a little girl. She was falling back in class and needed some extra assistance to catch up with her peers. At first, I was a little bit off ma zone. I couldn’t get through to her. The normal practices just weren’t effective. I realized, I had to find another way, her special way, because she is a very special child. It made me think of learning disabilities, which a lot of people suffer from.

Today, I want to explore this issue, which is very close to my heart and which has caused me countless agony. Mind you, I am not an expert so I did a bit of research. "He/she is soon stupid" and "there is simply no getting anything through that thick skull" are just a few of the negative phrased that are uttered every day, with painful frequency to and about kids whom can’t seem to grasp certain or most of what is being passed on to them education wise.

Up until a few years ago, I hadn't fully comprehended the whole concept of dyslexia or fully grasped the whole issue of learning disabilities. So I made it my business to and found a lot of enlightenment. It is truly worth understanding, for the good of the future generation.

Dyslexia is a broad term defining a learning disability that impairs a person's fluency or accuracy in being able to read, speak, and spell and which can manifest itself at a very young age. It is also defined as "a disorder manifested by difficulty in learning to read despite conventional instruction, adequate intelligence and socio-cultural opportunity" Dyslexia is separate and distinct from reading difficulties resulting from other causes, such as a non-neurological deficiency with vision or hearing, or from poor or inadequate reading instruction.

It is widely believed that dyslexia can affect between five to ten percent of a given population although there have been no studies to indicate an accurate percentage. There are three proposed cognitive subtypes of dyslexia: auditory, visual and attention. Although dyslexia is not an intellectual disability, it is considered both a learning disability and a reading disability.  Dyslexia and IQ are not interrelated, Accomplished adult dyslexics may be able to read with good comprehension, but they tend to read more slowly than non-dyslexics, and may perform more poorly at nonsense word reading (a measure of phonological awareness), and spelling.

"Dyslexia is a brain-based type of learning disability that specifically impairs a person's ability to read. These individuals typically read at levels significantly lower than expected despite having normal intelligence. Although the disorder varies from person to person, common characteristics among people with dyslexia are similar to a huge extent. In adults, dyslexia usually occurs after a brain injury or in the context of dementia. It can also be inherited in some families, and recent studies have identified a number of genes that may predispose an individual to developing dyslexia."

The symptoms of dyslexia vary according to the severity of the disorder as well as the age of the individual. It includes delays in speech; slow learning of new words, not crawling, difficulty in rhyming words, as in nursery rhymes, difficulty learning the alphabet or letters order for pre-school kids. With kindergarten schools, it might include difficulty with associating sounds with the letters that represent them, difficulty identifying or generating rhyming words, or counting syllables in words, difficulty learning to decode written words or distinguishing between similar sounds in words; mixing up sounds in polysyllabic words, slow or inaccurate reading and very poor spelling, just to name a few.

Some people with dyslexia are able to disguise their weaknesses and often do acceptably well. Many students reach higher education before they encounter the threshold at which they are no longer able to compensate for their learning weaknesses.

Dyslexic people are better identified by writing that does not seem to match their level of intelligence from prior observations. Additionally, dyslexic people often substitute similar-looking, but unrelated, words in place of the ones intended. There is no cure for dyslexia, but dyslexic individuals can learn to read and write with appropriate educational support.

So there they are, a whole generation of people, unable to do what the average person can with fluency. They are not dump, or stupid. They are simply special kids with special needs. Let us give them what they need, they deserve it. 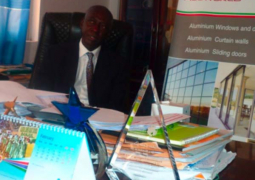