Single African Passport in the offing 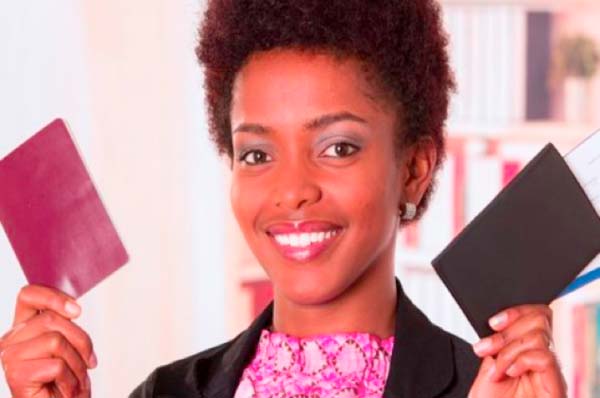 The African Development Bank (AfDB) remains focused on delivering its plans to transform Africa and work towards building a continent with seamless borders.

“We have reasons to be optimistic,” writes AfDB’s Moono Mupotola, “with the strong signal sent by Heads of State” who showed their commitment to Africa’s regional integration at the 27th African Union Summit in Kigali, Rwanda, in July with their proposal to implement a single passport for Africa and ensure free movement of people as part of the African Union’s 2063 Agenda.

To all those who are convinced that regional integration requires strong political will and committed leadership, African Heads of State showed just that when they were presented with a single African passport at the 27th African Union Summit in Kigali, Rwanda.

The proposal to implement a single passport for Africa and ensure free movement of people is part of the African Union’s 2063 Agenda.

While skeptics may continue to doubt, the African Development Bank shall remain focused on delivering on our plan to transform Africa and work towards building a continent with seamless borders. We have reasons to be optimistic with the strong signal sent by Heads of State in Kigali.

Indeed, we are optimistic because, even if we are still at the very early stages of a complex process, holding a single African passport will mean that our leaders’ aspirations to see their citizens travel throughout the continent without being confronted by the usual administrative constraints are attainable.

Meeting these aspirations is critical if we want to achieve our vision for an integrated economic space where opportunities are shared among the people of Africa. Labour mobility is highly beneficial, and can help fill Africa’s labour needs in the education, health and industrial sectors. Rwanda has seen a 22% increase in African tourism and business travellers since 2013 when it allowed Africans to obtain visas on arrival. The East African region has made great progress in overcoming the challenges associated with free movement of labour by encouraging mutual recognition of professional and academic qualifications, starting with engineers, architects, and accountants.

The African Development Bank’s Human Capital Strategy indicates that Africa needs about four million more teachers and one to two million more health workers. These shortages can partly be addressed by improving workers’ mobility and opening borders to allow health personnel, including nurses, midwives and biomedical engineers to practice elsewhere on the continent.

The education sector can also profit from a borderless continent. In July 2013, the AfDB announced the creation of a US $154.2-million Pan African University of science, innovation and technology within the next five years. This initiative, coupled with a number of inter-university associations such as the francophone Conseil Africain et Malgache pour l’Enseignement Superieur (CAMES); Inter-University Council of East Africa (IUCEA); Southern African Regional Universities Association (SARUA); and inter-university cooperation under the Arab Maghreb Union (AMU), should be strengthened and encouraged to facilitate cross-border inter-university mobility for students and lecturers. Ultimately, this should also address the technical skills deficit that is prevalent on the continent.

Just recently, on July 14, 2016, the Bank’s Board approved an Industrialisation Strategy, whose key objective is to encourage development of regional value chains and high value-added activities and products for Africa’s commodities and exports. The diamond industry is an example, as the Southern African Development Region (SADC) produces an estimated 60% of the world’s rough gem diamond. But to date, of the estimated 800,000 jobs in the cutting and polishing industry worldwide, only 8,000 are in the SADC region, representing less than 1% of the global workforce. This indeed is a lost opportunity for the 200 million youths in Africa, comprising over 20 percent of the continent’s population, and who make up about 60 percent of total unemployment in Africa. The question we should ask ourselves is what skills, labour policies and training facilities are needed at regional level to enable SADC to bring the estimated 800,000 diamond cutters jobs back to the region?

The efforts that the AfDB has made on the infrastructure front are commendable, with US $3.4 billion having been approved for Multinational Operations in 2015 alone. While we all agree and understand that regional economic integration goes beyond building “hard” infrastructure, it is also fundamental that we work on the “software” which includes easing the movement of skills to make our continent a destination of choice for investors.

The Bank is supporting a number of key initiatives that seek to harmonise regulations and policies with a view to facilitating labour mobility, an important enabler for regional integration and economic development on the continent. One such initiative is the drafting of a new migration policy for the Economic Community of West African States (ECOWAS), which is expected to enhance talent mobility in the region.

In view of all of these, I am hopeful that together, united in our diversity, we Africans can paint a picture of what we desire for ourselves and for future generations. The single African passport is yet another milestone, and we should not shy away from a little celebration. As Nelson Mandela once said, “Remember to celebrate milestones as you prepare for the road ahead.”

Moono Mupotola is the Director of the NEPAD, Regional Integration and Trade Department at the African Development Bank.

Sabiji resident in court for burglary