As the political impasse in Ivory Coast continues to generate worldwide attention, Sidia Jatta, the National Assembly Member for the opposition National Alliance for Democracy and Development, is so far the first Gambian politician to speak publicly on the situation.

Jatta, who was speaking Wednesday at the National Assembly meeting in Banjul, told fellow deputies that the Ivory Coast constitutional court overturned a decision of the Independent Electoral Commission and declared Gbagbo winner when, in actual fact, he was the loser.

"The army is backing somebody for no just cause. Constitutionally, it is the responsibility of the Independent Electoral Commission to conduct elections and announce results, and that was not done in Ivory Coast because the so-called constitutional court decided to overturn the authority of the Independent Electoral Commission, and declared somebody winner who was actually a loser," Jatta told fellow parliamentarians.

According to the Wuli West parliamentarian, an end must be put to the seemingly popular tendency to form a so-called government of national unity in the African continent.

He stressed that this always suppressed the will of the people, and must not continue to be cultivated in Africa.

"People choose and their choice should be respected," Jatta said, adding that when the choice of the people is not respected, it results in ceaseless conflicts.

"Ivory Coast is now divided, with two governments. This cannot continue, and it is a continuation of what had happened in Kenya and now in Ivory Coast; they will say lets form a government of national unity."

The Gambian opposition leader added that this will not be a government of national unity, but a government that will deny and suppress the fundamental and supreme will of the Ivorian people.

He noted that, as members of the National Assembly, it is their role to make sure that constitutions and the rule of law are respected.

"This must be done, because we all swore in this very building that we will defend the constitution of The Gambia," he added.

This, he says, is the reason why it is binding on parliamentarians to strive to defend the constitution, failure of which will result in conflicts, citing Ivory Coast as an example.

He called on fellow parliamentarians to come together when such situations occur, and make sure that the rule of law and the constitution are respected.

This, he added, must be ensured to save the continent from being the laughing stock of the world. 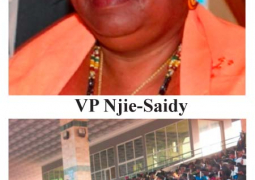 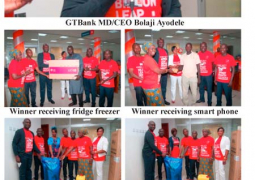