President Adama Barrow has said his government has inherited an economy that is “virtually bankrupt” as the dictatorship of former president Yahya Jammeh had “deprived the country of development and aid”.

“As a new government, what we have inherited is an economy that is virtually bankrupt and in need of immediate restoration,” President Barrow said yesterday shortly before the signing of a 75 million euro financial package with the European Union.

“This sad reality was brought about by mismanagement of our finances,” the President lamented.  “What is truly sad is that our debt burden has reached unsustainable level due to wasteful public spending.”

The Gambia’s public debt for 2015 was estimated at 107.6 per cent of the country’s Gross Domestic Product (GDP), the total value of all goods and services produced over a specific time period.

The Gambia is the third most indebted country in sub-Saharan Africa in 2016, after Eritrea and Cape Verde, according to data from World Bank and IMF.  The government was placed under an IMF Staff-Monitored Programme due to its alarmingly growing debt level.

President Barrow said youth unemployment has also increased to more than 40 per cent, and most public enterprises are debt ridden and underperforming, including the energy sector.

“Our economy, public institutions, including the civil service, the judiciary and the security services need urgent structural reforms in order to realise our commitments,” he said.

The Gambian leader said in view of present economic situation, the government “critically needs emergency budget support” in order to rescue the economy.

“Budget support in this regard will immediately boost our economy,” Barrow said.  “The Gambia is a country which needs the full support of the EU.”

Neven Mimica, European Union Commissioner for International Cooperation and Development, said the EU would give the Gambia government budget support for the first time.

Yesterday, Commissioner Mimica signed a 75 million euro financial support with the government, but said this money does not include any budget support.

“Not a single euro out of the 75 million that we signed today is for budget support; this is for projects that are already outlined,” he said.

However, he was quick to add that the EU is already preparing a medium term package of 150 million euros, which would include budget support to the government.

“We will do the budget support disbursement most probably in the summer of this year,” he said without stating exactly how much would the specifically given as budget support.

The EU diplomat said the 150 million euro is for various projects and support for the government up to the year 2020, and that includes budget support.

Commissioner Mimica said the EU has never given budget support to the previous government.

“What we have been giving is under emergency support on issues like food security, climate change and other such areas,” he said.

“This is the first time we will give budget support to Gambia.”

The EU had initially suspended all direct support to the Gambia government due to the worsening human rights situation presided over by the former president, Yahya Jammeh.  It has just resumed support to the government starting from yesterday.

Analysts said the resumption of EU aid to The Gambia is a vote of confidence in the country’s new leader, Adama Barrow. 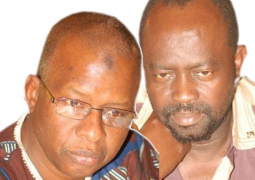 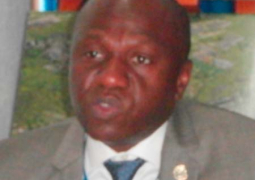