Moses Richards, a former a high court judge, is being tried on charges of giving false information and sedition, charges he has denied.

On count two, he was alleged to have in the same place and date, published a letter to the Sheriff of The Gambia saying that His Excellency the President of The Gambia has ordered a stay of execution of writ of possession in civil suit No 349\92B No 28, with intent to bring into contempt the person of the said President.

Testifying as the first prosecution witness, Josphes Agar Effim told the court that he is the Honorable Sheriff of The , and that he knew the accused person.

He pointed out that as Sheriff of the High Court their duty is to enforce the court duties and any other orders made by the court.

"Shortly after taking up office in July 2010, lawyer Oussainou Darboe and Nagro Bojang, and others came to my office to plea to me to enforce their judgment in the case of Nagro Bojang and Tijan Colley and others," he added.

"I asked them whether they have paid the execution fees, which they say they did. Nagro Bojang later went to the office of the Chief Justice to lodge a complaint for non enforcement of their judgment."

At that juncture, the doyen of the Gambia Bar Association, lawyer Surahata Janneh, raised an objection on the grounds that that particular evidence is here-say, and cannot be admissible.

However, his objection was later overruled by the trial Magistrate Alargba T.A.

The witness continued, and said: "I later went to the records, and I realized that Nagro Bojang had written a letter to the Chief Justice making the same complaint."

Lawyer Janneh again raised an objection to the statement made by the witness, asking how can a witness talk about a letter which was not produced in court.

However, the letter was later produced in court, and the witness confirmed that it was the same letter he found in the file and, accordingly, tendered it in court and it was marked as exhibit A.

Still testifying, the Sheirff told the court that: "I was later called by the Chief Justice, where I met lawyer Ousainou Darboe, Nagro Bojang and others, and the Chief Justice asked why we do not enforce their judgment," he added.

"I told him that I asked them to pay an execution fee, so I did not know why they found themselves here. The Chief Justice then told me to go with them to my office, and I called for the file and I observed that there was another letter attached to the one written to the Chief Justice," the Sheriff further said.

The said letter was also tendered in court, and marked as exhibit A1.

He stated that after observing the file, he wrote to the office of Inspector General of Police requesting for a police escort. The said letter was also tendered in court and marked as exhibit A2.

He added that while waiting for the reply from the Inspector General of Police, "I received a letter from Moses Richards. Few weeks later, the Chief Justice called me again, informing me that lawyer Ousainou Darboe had complained that I refused to execute their judgment because of the letter I received from Moses Richards," he added.

He told the court that he replied to the Chief Justice that he had written to the police requesting for a police escort, and that he was waiting for the reply.

He added that the Chief Justice asked him whether he had the copy of the letter the accused person wrote to him, and he responded in the affirmative, noting that he was making findings regarding the said letter.

"Few days later, I received a second letter from the accused person," he said. The said letter was also tendered in court as an exhibit.

"I replied to him that I have never been aware of such from the Office of the President, asking the Sheriff to stop execution of this judgment, and we are ready to go ahead with the execution," the Sheriff told the court.

He added that there was a previous attempt to carry out the execution exercise, but the former Chief Justice stopped the bailiff from executing the judgment.

The case was adjourned to 22nd February 2011 for cross-examination of the first prosecution witness. 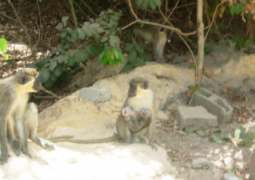 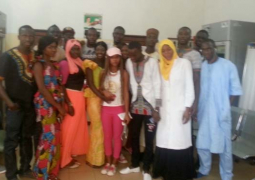