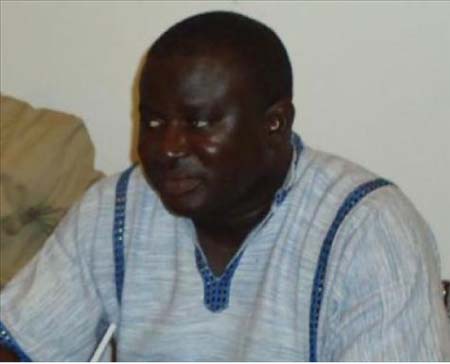 He was speaking at a one-day validation workshop on Survey on Physical and Humiliating Punishment of Children in The Gambia (PHP) held at the TANGO conference hall.

The report was aimed at laying a foundation for the abolishing of corporal punishment in all settings, including the home.

The physical punishment of children is a burning child protection issue in The Gambia.

The Children’s Act 2005 defines a child as a person under the age of 18 years.

The UN Committee on the Rights of the Child defines ‘corporal’ or ‘physical punishment’ as any punishment in which physical force is used and intended to cause some degree of pain or discomfort, however, light.

There are other non-physical forms of punishment that are also ‘cruel’ and ‘degrading’.

These include punishment which belittles, humiliates, downgrades, threatens, scares, or ridicules the child.

The Gambia is a highly traditional society and people’s beliefs and societal values have a profound influence on their attitudes towards child protection.

The Convention on the Rights of the Child requires that physical punishment be prohibited through law reform and to eliminate the practice.

The training workshop brought together all the relevant stakeholders in child rights and protection-related issues.

The survey was done through interviews and focus group discussions.

Children in school, maids and apprentices, children out of schools, teachers, parents, adults at work places, and informants at public institutions, were interviewed during the surveys.

Mr Drammeh said down the line they felt it important to do another study to look at the magnitude, the extent, and nature of corporal punishment children in The Gambia face.

The Gambia is a state party to the Convention on the Rights of the Child and the African Charter, and also a country that participates in the whole discussion of violence against children.

The Gambia as a state party to this instrument has the obligation to prohibit corporal punishment in all settings - the schools, homes and at the work places.

“Prohibition of corporal punishment is a key plan of the CPA’s advocacy work, but we also know that we need evidence, that is evidence-based advocacy, to be able to convince both primary and secondary duty bearers about the need to have legal reform,” Drammeh went on.

He said they know that all the stakeholders, like the CPA, are all deeply passionate in the cause of children, and that was why they were there so that they could validate this very important report or study that CPA commissioned with their financial partners Save the Children-Sweden.

He said sometime in 2005, CPA did a similar study mainly to fit in the 2006 world study on violence against children, done by the office of the UN Secretary General.

It was interesting to note that corporal punishment of children is only prohibited as a measure of punishment by the court, and it is not explicitly prohibited in the Children’s Act, which is what gave birth to the study so that they are armed with so much evidence to help them in their advocacy, he said.

Sheikh Lewis, CPA board chairperson, said at the CPA they were trying to do what they called revisiting of what they should be doing in every ten years, and 2005 up to date is ten years.

He said revisiting of what they think they were able to do perfectly well in 2005, and before they leave the validation they would be able to satisfy themselves to see whether the work was done.

He said CPA is no more only a household name, but it is now part of the institutions the Gambians have see contributing to national development.

He added that they are also an institution that produces results and also that contributes to national development.

He said any expert on child rights in the country is a graduate of CPA.

He said there is no child rights activist outside or inside the country that could boast of being an activist without having passed through CPA.

Sekou O.M. Dibba, the consultant, said they found the survey interesting, adding that the study was done to generate information, as part of strategic planning by the CPA and its partners.

He said there was a study in 2005 and one of the objectives of the study was to reference the findings of the 2014 study with that of 2005, to establish whether they have achieved progress in certain areas.

Dibba added that they have to negotiate on some of the issues highlighted.

They started in October and November, and they were able to present a draft report around December and January 2015, he said.

He said they are delighted to participate in the validation and to add value to the report.