The cry of these babies has been going on for more than three decades against the blade used on them. They cry to tell us to stop torturing, restructuring and making them imperfect when they were born perfect.

The world started understanding the cries bit by bit. The Gambia being part of the world started looking into this blade and its effects on these poor, innocent and harmless babies.

Female Genital Mutilation became the name and the blade used known as the knife, and the advocacy against it started.

It has been the longest race The Gambia has ever seen in terms of getting rid of a harmful traditional practice. A deep-rooted or age-old tradition has to end, and these babies have to be valued just like any other human being.

As the cries of these babies became stronger by day, the young people took it upon themselves to put a smile on the face of these babies by denouncing Female Genital Mutilation, and vowed to end FGM in their generation.

The campaign has been going on, but nobody in The Gambia knew the stand of the government with regards to Female Genital Mutilation.

Then all of a sudden, the historic moment came when President Yahya Jammeh denounced the practice, and banned it with immediate effect, during his tour at his home village of Kanilai. Indeed, a godfather has risen to the aid of the crying babies.

The pronouncement is timely and very much welcomed by the activists in the End FGM Campaign, particularly the young people who wanted to end the practice in a generation, their generation.

A generation where every girl-child will be born safely and grow safely without any blade being an obstacle to her life.

The President said after 21 years of research in the holy Quran, he had realised the practice of FGM is traditionally based, but on “no concrete facts”.

Rather, he said, FGM practice is endangering the lives of women and girls with diseases such as fistula and cervical cancer, as well as increasing maternal mortality.

“Government in its quest to improve the lives and livelihood of women and girls will not condone any obstacle that will retard their progress,” he said, describing FGM as a bad traditional practice.

He, therefore, warned parents, chiefs, and alkalolou and female circumcision practitioners to shun the act or face consequences.

This pronouncement has reached the length and breadth of the country. Many especially the young people and those in End FGM Campaign have welcomed the pronouncement as victory and success on their part.

To others, particularly the custodians of the knife, the ban has made them fall ill because to them this is an insult to the deep-rooted tradition which they inherited from their forefathers.

To other stakeholders, the President’s pronouncements have widened the battlefield in the fight against FGM, and paved the way for more efforts in eradicating FGM totally.

Various agencies such as the UN, Women’s Bureau, and Safe Hands for Girls, among many others, have spoken to the press welcoming the pronouncement, while asking for a specific law outlawing FGM.

The statement from the UN reads: “The United Nations System in The Gambia commends the President of the Republic of The Gambia for announcing the ban of Female Genital Mutilation (FGM) in The Gambia on 23 November 2015, on the eve of the International Day for the Elimination of Violence against Women.

“This announcement is an important symbolic step towards the elimination of the harmful practice of FGM which affects 76 per cent of the female population.

“FGM reflects deep-rooted inequality between the sexes, and constitutes an extreme form of violence and discrimination against women and girls.

“In December 2014, the UN General Assembly adopted Resolution A/RES/69/150 ‘Intensifying global efforts for the elimination of female genital mutilations’ calling upon member states to develop, support and implement comprehensive and integrated strategies for the prevention of FGM.

“The UN System in The Gambia encourages the Government of the Republic of The Gambia to ensure the effective elimination of FGM though the adoption of an holistic approach encompassing appropriate legislation, policies and measures and focusing on the elimination of gender-based discrimination, which underpins harmful practices and violence against women.

“The UN System in The Gambia stands ready to assist the Government through support to the implementation of the recommendations of the United Nations Committee on the Elimination of Discrimination against Women to The Gambia, issued in July 2015, which among others they recommend to: Expedite the adoption of the Anti-FGM legislation; raise awareness of health practitioners regarding female genital mutilation, and the remedies and assistance available to victims, including psychological counseling; provide alternative means of livelihood for practitioners of female genital mutilation.”

She-she-she: This leads us back to our previous question - when will FGM Bill find its way to the National Assembly? Now is the time for a specific law on FGM!

Since the battle ground is being cleared, it is now time for more sensitization campaigns, especially to areas with the highest prevalence rate of FGM, so that people can know why the ban.

Our grandmothers who are the custodians of the knife may be old, too old to cut but they are not too old to pass it on to the younger generation.

There is a need for proper counseling so that when our grandmothers retire, the knife could retire with them.

As a loving and caring father, make sure when your baby girl cries, her cry is for a worthy cause; not because she is being subjected to the blade.

Have a say in the matter, because you are a father not a stranger in your house. 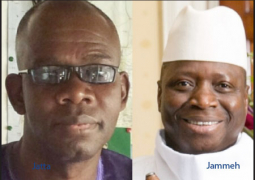 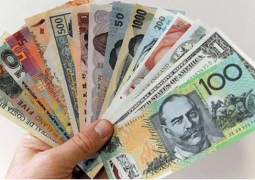