The head coach of Serrekunda East Tony Awik commended his boys for their fighting spirit and is of the belief that the team has all it takes to be promoted to the country's top flight football next season.

Tony Awik who spent 11-years in charge of Serrekunda East reiterated the need for his strikers to focus on their scoring areas in order to score as many goals as needed so that they can win their remaining matches in the league.

The draw also confirmed Serrekunda East 14 games unbeaten run in the league with impressive scoring records of 18 goals despite a total of 5 goals been conceded by the second division league leaders. They are currently leading the table with 24 points.

The former head coach of Nigerian premiership side, Nasarawa United, further described GPA as a formidable side noting that if they continue fighting hard, they might stand a chance of returning to the 1st division next season.

The former U-20 coach further expressed optimism regarding GPA's possibility of gaining promotion to the first division next season.

GPA are still maintaining the second position with 23 points in the 10 club championship. 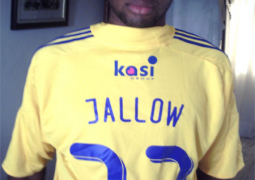