Two eyewitnesses have refuted the police version of the accident in Kitty village, on Saturday, 4 February 2017, which said it was due to an over-speeding taxi driver trying to avoid a truck that it was about to collide with and, as a result, ran into a crowd of jubilant fans.

The eyewitnesses, Abdoukadari Masalie, campaign manager of the opposition coalition, and Abubacarr M. Drammeh, youth mobiliser of the coalition in Kitty village, said the police version does not represent what happened.

According to their version, it was on the way from the chairwoman’s home to the chairman’s home that a Mercedes Benz 190 ran into the crowd, causing injury to 34 people who were immediately rushed to the hospitals.

The duo said as the village coalition members, they were jubilating about the victory of President Adama Barrow as they walked towards the home of their chairman, when the Benz “with a high speed deliberately ran into the crowd and hit people: ten people have their legs broken and for three of them, both legs were broken’.

Contrary to the police version that there was a truck coming towards the Benz, which the driver was trying to avoid and accidentally ran into the crowd, the eyewitnesses said there was no other vehicle passing at the time of the accident; it was only the Benz.

And for more than 10 minutes after the accident, they added, there was no vehicle that went past; they said the first vehicle to arrive at the scene was from the fire and rescue services, and that the police came later.

Masalie and Drammeh said the police did not interview any eyewitness on the ground, when they came.

Previous:
SHE SHE SHE: Zero Tolerance Day to FGM: Rescue our sealed girls
Next:
Youth minister visits Kitty accident victims 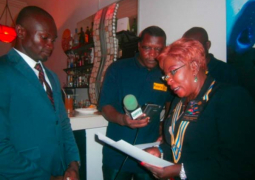 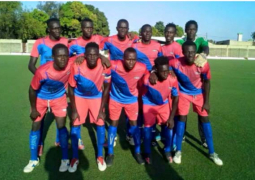