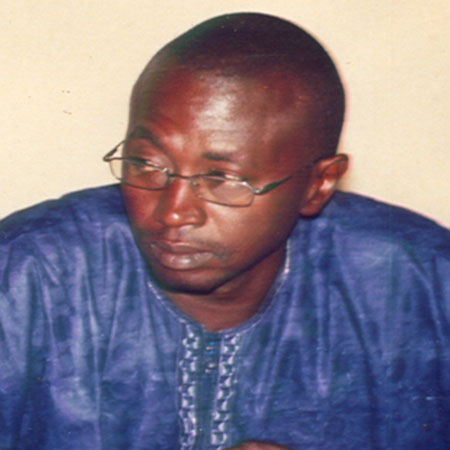 The former Director of Spaco, Mr. Serign Falu Njie, has been appointed as Director General of National Planning Commission (NPC), this paper can reveal.

Speaking to The Point in an exclusive interview after news of his appointment, Mr. Njie explained that his appointment is a challenge but vowed that he would endeavour harder to live up to expectation, adding that he is prepared for the job in terms of experiential knowledge as well as academically.

Commenting on the role of NPC, Mr. Njie stated that a National Assembly bill was in 2006 enacted by the President, establishing the National Planning Commission. NPC, he went on, is an apex planning body which will be responsible for the overall national development planning and will, among other things, formulate and coordinate national development plans, strategies and policies in consultation with regional and sectoral planning authorities.

"NPC will make sure that the strategies influence the plans of implementing agencies. The commission members were appointed by the President in 2006 and are supposed to meet quarterly and are from time to time supposed to brief the President of the financial year annual report on the activities of the commission," said Njie.

"The abolishing of the former Ministry of Economic Planning and Industrial Development in the late 1980s led to the assignment of economic planning and industrial affairs to the Ministry of Finance and Trade. Since then, the country has not had medium term plan to serve as guide for overall socio- economic development of the country.

"Over the years, the Government has realised the vacuum in national corporate planning, particularly in the wake of Vision 2020 and other national development strategies and programmes such as the Poverty Reduction Strategy Paper and the Medium Term Plan and similar cross-cutting developmental matters."

According to the new NPC boss, the absence of a national centre for regional and sectoral plans and strategies has greatly reduced the gains and outputs of huge public and private investment in country as a result of poor coordination, and also effective monitoring and evaluation.

"The lack of synergy, effective linkages, monitoring and evaluation has contributed to low outcomes of development investment. The National Planning Commission Bill hopes to bring about rationalised planning and fill in the existing gap in national development," he stated.

He thanked the Gambian leader for bestowing confidence and trust in him.

He previously worked with UNDP, Action-Aid and the World Bank.