According to the Country Programme Action Plan between Gambia Government and the United Nations Development Programme, in recent years The Gambia, with a population of 1.3 million people , has witnessed a sharp increase in the urban population, which has risen from 37.1% of the total in 1993 to 50.4% in 2003.  The majority are young people (63.6 percent of the population under 25 years of age).  The formal sector is very small, employing just over 10% of the labour force.  Low literacy levels (37% in 1998) and a correlation between literacy and income reflect the gender dimensions of poverty in The Gambia.  Although women make up 51% of the population, they occupy only 9.4% of the skilled labour force as compared to 61.9% of the unskilled labour category.  Recent data (2003) suggest that income inequality is growing, with the Gini coefficient for Gambian households estimated at 0.483.

Human development indicators in the have shown little progress and some have declined.  The ranking of in the Human Development Index slipped to 155 out of 177 countries in 2004 and 2005 from 151 in 2003.  The proportion of the poor rose from 59% in 1998 to 61% in 2003.  Although GDP growth rates ranged between 5 and 7 percent in 2003-2005 (spurred by growth in agriculture in tourism), government budget allocations on services (education, health, and others) were only marginally increased (education) and in some cases such as health declined.

The suspension of the Poverty Reduction and Growth Facility with the International Monetary Fund in 2003 prevented the country from attaining the completion point available to Heavily Indebted Poor Countries (HPICs) and thus access to substantial debt relief.  The ability of the Government to implement a pro-poor development policy has been constrained by the large share of government resources allocated to servicing debt obligations.  In 2004, servicing of interest on contracted debt consumed 40.3% of the recurrent budget, and the interest element of debt servicing represented a major concern for budget allocations and public management resource management.  To respond to those challenges, the Government, with development partners support, established policy and legislative frameworks consisting of poverty reduction-oriented planning documents; public financial management reform; and strengthening of good governance.

The period 2007-2011 will test the Government's poverty reduction focus and capacities and human rights commitments.  The recent eligibility of the to access funding from the United States Millennium Challenge Account provides an opportunity for the Government to mobilize substantial resources for poverty reduction and economic growth.  An additional measure that would strengthen the foundation for an effective poverty reduction strategy includes resumption of the Poverty Reduction and Growth Facility with the IMF.  That would open the door to debt relief through reaching HIPC completion point, thereby reducing government resources earmarked for interest payments and increasing allocations to delivery of basic services.  It would provide the country with the financial means to pursue a more stable growth and development path and improve the unequal progress towards achieving Millennium Development Goals.

Progress towards the attainment of the Millennium Development Goals has been mixed, with successes in the provision of potable water (Goal 7) and reducing maternal mortality rates (Goal 5).  However, significant challenges remain, most notably in the areas of poverty reduction (Goal 1), infant mortality (Goal 4) and gender (Goal 5). 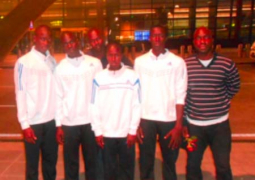