Being the most popular tournament organised by almost all regions in The Gambia during the summer, Nawettan is taking center stage in various organising committees and among the most recent is the Sere kunda West Sports Committee .

The 2008 Nawettan of the Serrekunda West has started with its traditional qualifying round which kicked off yesterday with 32 teams vying for a place in this years tournament.

The Sectary General of (SWESO), Pa Sulay Jobe, told Pointsports that, "We have registered 32 teams for the qualification rounds these teams will be playing in a knock out stage. The best four teams will be meeting with last year's four teams that were relegated from the Nawettan proper."

He said  Dippa Kunda United, Sankung Sillah, Manjai United and SK Central will be waiting for the first four teams that  will emerge victorious from the 32 participating  teams in the qualifying round. They will then take part in a playoff match in which only four teams will qualify for the Nawettan competition.

Ansu Among Top Finishers in NY 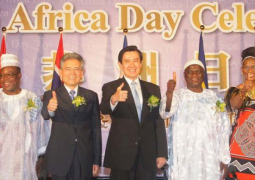