The Minister of Agriculture, Solomon Owens, last Thursday presided over the opening of a sensitization forum for stakeholders on the country’s preparedness against any possible locust invasion.

The forum, which attracted various stakeholders, was organised by the Ministry of Agriculture and funded by the West Africa Agricultural Productivity Programme.

In his official opening remarks, Minister Owen said the meeting will give participants the opportunity to deliberate on The Gambia’s preparedness against the threat of locust invasion this year.

The minister said The Gambia is in the Sahelian agro-climate zone, exposing it to unpredictable weather conditions including drought, floods, declining soil fertility, pest and disease outbreak as well as locust upsurged.

He said these incidences have overall negative effects on agricultural production and productivity, and consequently on food security and poverty alleviation, all of which directly put the realization of the country’s cherished Vision 2020 at risk.

“In recent times The Gambia has experienced a full-scale infestation from 1986-88, and again an upsurge in 1994, and also as recently as in 2004/2005,” he said, adding: “However, it is important to note that the country in 2004/05 was not adequately prepared to control the outbreak.”

According to the minister, this in itself significantly contributed to severe crop and economic losses that has affected or even destroyed the productive assets of many agricultural families as indicated in the crop loss assessment report of 2006, conducted by Africa Emergency locust –AELP.

“It was as a result of that outbreak that the Africa Emergency Locust project funded by the Government of The Gambia and World Bank, was put in place to strengthen the country’s rapid response to locust invasion,” he said.

Mr Owens further stated that the invasion of locusts in the sub-region requires both regional and national collaboration and preparedness, adding that individual countries are expected to put up rapid response mechanism to contain any such possible outbreaks.

It is against this backdrop that the forum was organised today to share experience and put in place the required human and financial resources to address any locust threat, he said.

“This kind of information sharing between technical experts, policymakers and development partners has been identified as an important step in an effective and transparent locust campaign,” he noted.

He then urged the participants to critically review and discuss the proposed planned activities envisaged in the event of any invasion by locust.

For his part, the World Bank Liaison officer in the country, Alieu Badara Joof, the Country Representative of FAO, Dr Babagana Ahmadu, and the World Food Programme representative to The Gambia all expressed their gratitude to be associated with the activity and assured the government of their full support. 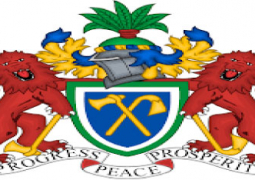