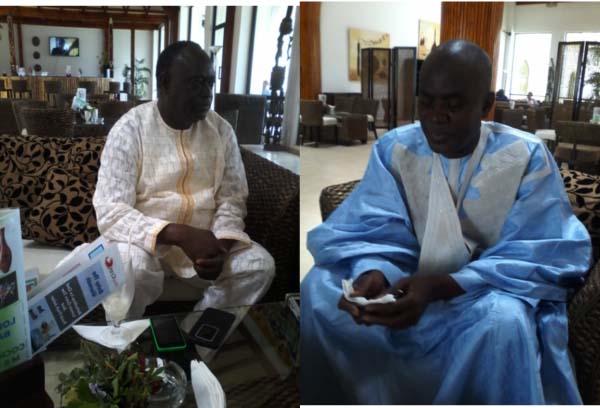 Two Senegalese nationals have called on the governments of Senegal and The Gambia to work as one for the betterment of the people of both countries.

Elhadji Diouf, an international lawyer, former minister, and currently a National Assembly member and president of the Labour Party in Senegal, and Becaye Mbaye, a prominent Journalist and DSTV sport commentator, visited The Gambia last week and had an audience with President Yahya Jammeh.

Whilst speaking to journalists at a press briefing held at the Ocean Bay Hotel in Cape Point on Friday, they reiterated their call on both governments to work as one.

Matre Elhadji Diouf said people of the two countries are already integrated, and “what is left now is for the two governments and the leadership to come together as one family for the betterment of their people.”

According to Hon. Diouf, he has realised the interest and the intention of President Jammeh, stating that the primary objective of the integration is to work as one nation, to draw up plans of national development, as well as to bring together people of the two countries together as one family.

He said the relationship between The Gambia and Senegal is very deep, noting that, historically and geographically, the two countries and peoples are one, as they also share the same culture and traditions so there could not be any distinction between the two.

Hon. Diouf reminded people of both countries, to consider the giant strides President Jammeh has been making since 1994 to ensure the two countries come under one umbrella, which could be facilitated by the Senegalo-Gambia Secretariat Office, given by President Jammeh to the people of The Gambia to occupy as an office to execute their mandate and responsibilities of bringing both peoples and countries together.

A lot of efforts have been made by people of the two countries to bring about more integration and enhanced unity, which is signified by the conferences organised by the Senegalo-Gambia Secretariat with the invitation of the Senegalese parliamentarians during the State Opening of Gambia’s Parliament.

“All these were geared toward integrating the people of the two countries,” he said.

Also speaking at the briefing, Becaye Mbaye, Senegalese journalist and DSTV sport commentator, called for closer collaboration between the two peoples, institutions and organizations of both countries.

He also stated that media outlets in the two countries should be given the opportunity to cover the national events of both countries.

“This should also include culture and tradition,” he said, adding that President Jammeh had given him the go-ahead, with his support, to organize weekend cultural and traditional events in The Gambia.

Aba Sanyang, deputy executive secretary at the Senegalo-Gambia Secretariat, expressed his gratitude to the visiting Senegalese officials, for empowering his secretariat.

It was not a surprise for him to see President Jammeh expressing his commitment to the full integration of both countries, he said.

“We have seen series of activities President Jammeh has been organizing since 1994 to date, and all are geared toward seeing the integration of the two countries,” Mr Sanyang said.

He added that President Jammeh knows the capabilities of Hon. Diouf and Mbaye, which was why he invited them to The Gambia to discuss with them issues pertaining to the integration of the two countries. 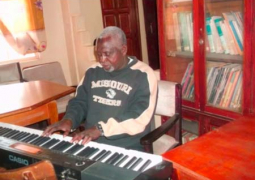