The Benedictine Monastery of St. John the Baptist, at , formerly a PRIORY, was on Saturday, 12th April 2008, elevated to the rank of an ABBEY.  The former PRIORESS, Reverende Mere Francoise De Brentes, OSB, was, a few days earlier elected ABBESS by the community of nuns.

The monastery was founded by Benedictine Nuns of the Congregation of Solesmes, France.  The Pioneers arrived in February 1967.  The foundation stone was laid on 23 January 1969 and the monastery was inaugurated on 15 April 1970.  It lies within the jurisdiction of the diocese of Thies and is situated some 55 kilometres east of .

Benedictine Nuns, like their male counterparts, worship eight times a day  starting at about 5am daily and retiring for the night about 9pm.  Three of the acts of worship, called office, average an hour in duration.  These are VIGIL, LAUDS and MASS.   The other office, five in number, last about twenty minutes each.

The Abbey of Keur Moussa, also Benedictine, lies some three kilometers away to the west.  It was established in 1963.  The two monasteries co-operate in many areas.

Both monasteries are now world famous for their great music.  They use no European musical instrument in their worship relying instead on the Kora, drums, xylophone (balafong)  and calabash.  Interestingly, almost all the monks and nuns play the kora for which they invented a special notation and fingering system.  This enables them to play any music once the score is available to them.  Keur Guilaye is probably the only place in the world where women routinely play the Kora.  Playing the Kora is being popularized globally and students- both lay and religious - visit the monasteries to learn to play the great instrument.

Several religious dignitaries from different part of the world attended the consecration ceremony of the new abbess.  There were abbots and priors from France, , , Guinea-Conakry and and abbesses and prioresses from , , , , and .  A vast number of clergy and religious from within were in attendance and laity from and The Gambia were also present. The Bishop of Thies, the Rt. Rev. Jacques Sarr, was principal celebrant at the concelebrated Mass.  A reception was held after the mass.  The celebrations were joyous, colourful and well arranged and obviously enjoyed by all who attended them. 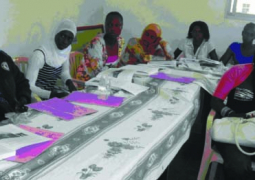 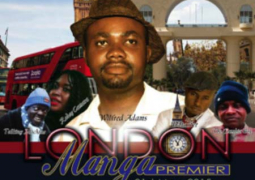