To understand our present football problems and how to solve them, we need to study and understand the history, including problems and solutions, of the country where the development of the modern game of football and the Laws of the Game was first made - England.

According to Wikipedia, “Association football is a national sport in England, where the first modern set of rules for the code were established in 1863, which were a major influence on the development of the modern Laws of the Game. With over 40,000 association football clubs, England has more clubs involved in the code than any other country.

Today England’s top domestic league, the Premier League, is one of the most popular and richest sports leagues in the world, and  is home to some of the world’s most famous football clubs; presently the Premier League has the highest revenue of any football league in the world, with total club revenues of €2.479 billion in 2009–10, and is the second most profitable after the German Bundesliga.

If one is serious about studying and developing football in The Gambia one must take lessons from the past and from the best.

According to Wikipedia, “Football was played in England as far back as medieval times. The first written evidence of a football match came in about 1170, when William Fitzstephen wrote of his visit to London, “After dinner all the youths of the city goes out into the fields for the very popular game of ball. He also went on to mention that each trade had their own team. An account of an exclusively kicking “football” game from Nottinghamshire in the fifteenth century bears similarity to association football. By the 16th centuries references to organized teams and goals had appeared. There is evidence for refereed, team football games being played in English schools since at least 1581. The eighteenth century Gymnastic Society of London is, arguably, the world’s first football club.

The Cambridge rules, first drawn up at Cambridge University in 1848, were particularly influential in the development of subsequent codes, including association football. The Cambridge Rules were written, ………at a meeting attended by representatives from Eton, Harrow, Rugby, Winchester and Shrewsbury schools. They were not universally adopted. During the 1850s, many clubs unconnected to schools or universities were formed throughout the English-speaking world, to play various forms of football. Some came up with their own distinct codes of rules, most notably, Sheffield Football Club…………….., formed by former public school pupils in 1857, which led to formation of the Sheffield & Hallamshire Football Association in 1867. In 1862, John Charles Thring of Uppingham School also devised an influential set of rules. His brother, headmaster of the school Reverend Edward Thring, was a proponent of football as an alternative to masturbation, seen as weakening the boys, and through football hoped to encourage their development of perceived manly attributes which were present in the sport ( These ongoing efforts contributed to the formation of The Football Association (The FA) in 1863, which first met on 26 October 1863 at the Freemasons’ Tavern in Great Queen Street, London. The Sheffield FA played by its own rules until the 1870s with the FA absorbing some of its rules until there was little difference between the games. A match between Sheffield and Hallam F.C. on 29 December 1862 was one of the first matches to be recorded in a newspaper.”

According to Wikipedia, “With the modern passing game believed to have been innovated in London and with England being home to the oldest football clubs in the world dating from at least 1857, the world’s oldest football trophy, the Youdan Cup, the first national competition, the FA Cup founded in 1871, and the first ever association football league (1888) as well as England having the first national football team that hosted the world’s first ever international football match, a 1-1 draw with Scotland on 5 March 1870 at The Oval in London, England is considered the home of the game of football.

On 8 March 1873, the England national team’s 4-2 win over Scotland at the Oval was the first ever victory in international football. The late nineteenth century was dominated by the growing split between the amateur and professional teams, which was roughly aligned along a North-South divide. Northern clubs were keen to adopt professionalism as workers could not afford to play on an amateur basis, while Southern clubs by the large part stuck by traditional “Corinthian” values of amateurism.”

One can see the similarity between the GFA League which is concentrated around the Greater Banjul Area or South Western part of The Gambia and the Regional League which is spread around the rest of the country. One can also say that football in The Gambia is dominated by the growing split between the amateur (Nawettan/Regional clubs) and ‘keen to adopt’ professional teams (GFA League clubs). 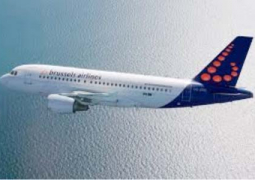 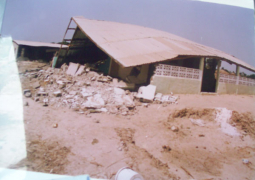