The licensing of mobile operators namely Africel, Comium, Gamcel and Qcell has expanded mobile telephone services in the country, thus extending communications beyond the household to the personal level.

This has created jobs, increased foreign direct investment and contributed immensely to the country’s GDP, according to Lamin Camara, permanent secretary MOICI at a day-long seminar on mobile services and consumer protection held recently at the NaNA conference hall.

According to him, in order to encourage foreign direct investment and improve service delivery for economic advancement, the requisite infrastructure has to be in place, thus information and communication opportunities can be better leveraged through accessible infrastructure and available content, especially in the developing world.

The first-ever submarine landing is operational to boost international connectivity, and the ECOWAN project is in progress to improve the national transmission backbone to optimize the use of the submarine cable bandwidth, he said.

He added that the internet exchange point was also established and inaugurated in July 2014, to localize local internet traffic and make it more reliable, faster and secure.

“As of now, The Gambia has one of the highest penetration rates in Africa and beyond, which stands at 94 per cent with about 1.2 million connected,” PS Camara stated.

The creation of bodies like PURA, Standards Bureau and Gambia Competition and Consumer Protection Commission are clear testimony of the government’s concerted efforts to safeguard consumer interest and create favourable market conditions, he added.

According to Camara, the consumer forms an integral part of the industry ecosystem without which there would be no need for the ICT industry.

“All the investments, innovations, operations and activities undertaken are for the final consumption of consumers, hence the invaluable role they play in sustaining the industry,” he continued.

The consumer has to be protected as a king by all industry players namely, policy makers, regulators and operators because without which their role would be meaningless, he said.

The operators have a responsibility to provide unrivalled services to consumers though acceptable quality of services at affordable prices. There is need for transparency and openness on the side of operators to ensure that the consumer is well-informed to make choices, he went on.

PS Camara further stated that with cybercrime and cyber threats, data integrity and security to protect consumers is highly important, which must be ensured by service providers.

He added that access has become a major bottleneck, especially in the rural areas which is mainly due to lack of market attractiveness and is an investment challenge.

“We are aware that over 85 per cent of the country is covered by second generation GSM networks, but significant areas are yet to get internet access due to lack of third generation or data ready networks,” he said.

Amadou Gaye, chairperson of CPAG, said the seminar was organized by them but supported by the Standards Bureau and Gambia Competition and Consumer Protection Commission.

The aim is to engage stakeholders on mobile services and consumer protection in commemoration of World Consumer Rights Day celebrated 15th March every year.

According to Mr Gaye, CPAG was founded in 2004 but was legally registered in 2005 and is well-recognized by the government and regulatory authorities.

The theme for this year is: “Expanding Customer Access to Fair, Affordable and Reliable Phone and Internet services in The Gambia.”

Gaye further stated that CPAG was the first Gambian organization to join Consumer International and, as a result, commemorates the day worldwide.

World Consumer Rights Day was started in 1962 by then US President John F Kennedy in a statement made by him at the independence celebration. 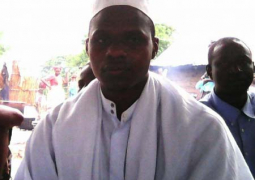