Seaview FC are the 2009-10 champions of the Africell sponsored Eda Carr Pre-season tournament after defeating Gamtel FC by a goal to nil in the final, played last Friday 8th January 2010, at the KG5 Mini-stadium in Banjul.

The trilling encounter attracted large sporting discipline and football fans from and its surrounding environs.

Both teams put up brilliant performance and showed wonderful talents in the opening minutes of the game.

Striker Modou Njie scored the only goal of the game in the 23rd minute to crown Seaview FC, the champions of the 2009-10 Africell sponsored Eda Carr Pre-season tournament.

The champions Seaview FC went home with a giant trophy and chain medals, while the runners-up Gamtel FC received a consolation of chain medals. 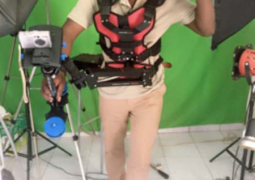