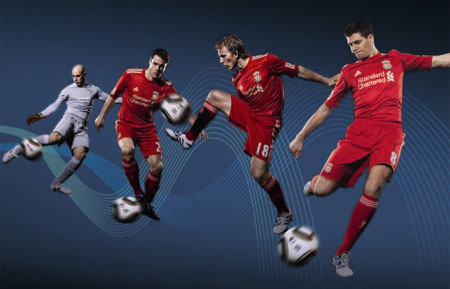 The campaign is designed to give their customers new and refreshed rewards for banking with them and a chance of winning a trip to England to watch Liverpool Football Club play live in Anfield.

It can be recalled that in April 2011, the bank handed over a D1million investment account to a lucky customer for simply being a valued customer of the bank in their “Together to win” Campaign.

In addition to this, all customers with new Visa Card can sign on during the campaign up to the mega draw, which has a grand prize of a trip to England to watch Liverpool FC play live at Anfield.

Two lucky customers will receive air tickets, five night hotel accommodation and  money to spend of about USD500 from the bank.

In order to reward their dedicated staff and in the bank’s bid to be a great place to work, staff with the highest performance in the Visa Card sales will enter a staff draw to also get a chance to win a trip to England to watch Liverpool FC play live.

Commenting on the new initiative, Ousman Njie, head of Consumer Banking, said: “The Go Visa with Standard Chartered - Liverpool FC reflects our belief in developing long-term and deep relationships with our customers and clients and with each other in our commitment to being ‘Here for customers’.”

Throughout the campaign, Standard Chartered and Liverpool brands will both be showcased, which are a force to reckon with in The Gambia and beyond.