The UK government and the British High Commission in Banjul Friday marked the 20th anniversary of World Press Freedom Day.

‘We all owe a debt of gratitude to the courageous journalists who risk imprisonment, injury and death to report from repressive countries or conflict zones around the world. It is easy to take for granted the stream of information that reaches us each day from across the globe. But many people run enormous risks to bring it to us. Fourteen journalists have already been killed in the first four months of this year alone: half of them in Syria. My thoughts are with them and their families and friends. And I also pay tribute to the increasing number of “citizen journalists” who use social media to provide ground truth about what is happening in other countries, who often face pressure and intimidation.’

The British High Commissioner to The Gambia David Morley Friday attended an event run by the Gambian Press Union (GPU) to show his support for press freedom in The Gambia. 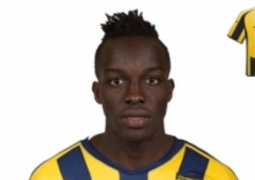 Ali Sowe struggles with Serie B Side