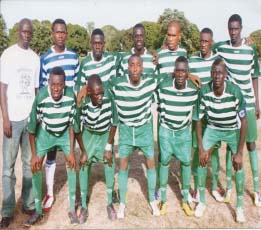 Scan Tours and Soul Samba are edged to grab the maximum points in order to keep their hopes of securing qualification to the second round of the nawettan after their dismal campaign in Bakau nawettan last season.

It was Scan Tours who carried the day after notching three outstanding goals to snatch a resounding win over Soul Samba in the nawettan in their quest to qualify for the second round.

Soul Samba now need to win their remaining group games to stand a better chance of making it to the second round of the nawettan after failing to shine in the nawettan in recent years.