Ebrahima Ibou Sawaneh became the top scorer in the Belgium Pro league last weekend after his hat-trick inspired OH Leuven from a goal down to a 4-1 win over Club Bruges, according to BBC.

The Gambian striker, who has 11 goals this season in 9 appearances, scored twice in the first half to complete his hat-trick in the 78th minute from the penalty spot. Leuven’s fourth goal came through their Zimbabwe midfielder Ovidy Karuru. Leuven is now 6th on the table.

Gambian striker Mustapha Jarju equalised for Mons in the 34th minute following Cisse’s lead for Leige earlier. Jarjue also assisted Cameroon striker Aloys Nong in scoring one of his two goals in the last two minutes for Mons, who came from behind to beat Standard Liege 3-1. Jarju so far has registered his 6th of the season. 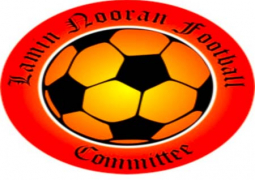