Celtic completed a 4-1 aggregate victory against HJK Helsinki to progress to the Champions League playoff round on Wednesday.

HJK’s away goal in the first leg was cancelled out by the Scottish champions who went on to seal a 2-0 win over the Finnish champions in Finland.

Demba Savage, who was handed a yellow card in the 89th minute, failed to connect with a Sorsa’s cross in their best first-half attack as they struggled to create chances, according to BBC.

HJK, who pressed hard at the beginning of the second period, needed only a 1-0 win in Helsinki that could have taken them through to the playoff round despite losing 2-1 in the first leg.

The win has confirmed the Glasgow side’s first away European win in three years.

Celtic will now play in the group stage football this season with a spot into the Europa League available if they lose their Champions League playoff.

The six-time Finnish champions have now turned focus on the local league as they look set to play FC Lahti on Sunday. 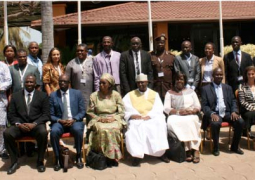